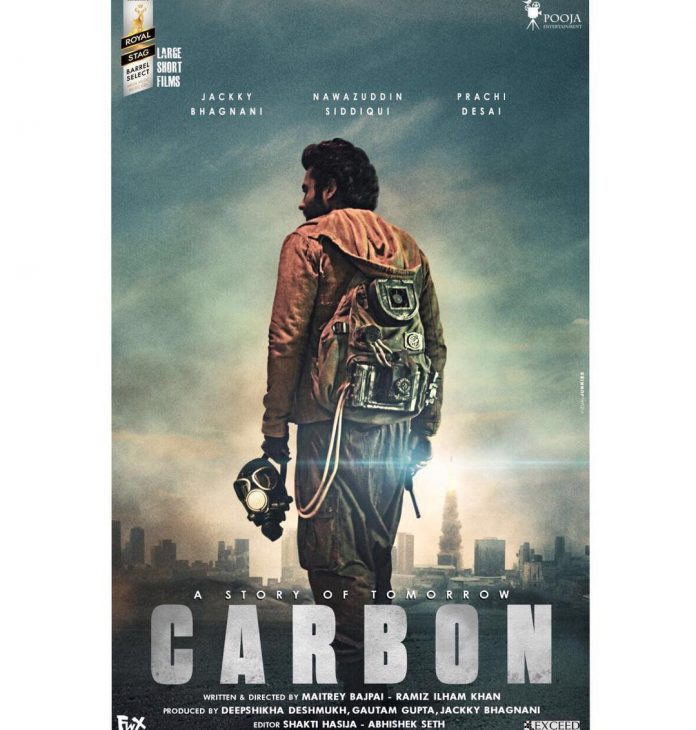 While sharing the poster through her Twitter account, Prachi captioned it, “#CARBON. A peek into the future. Presenting the first poster ‪@JackkyBhagnani @nawazuddin._siddiqui”.

CARBON will soon be released through the official YouTube Channel of Large Short Films. The upcoming short film also stars Nawazuddin Siddiqui in a lead role and it will be interesting to see him in a dystopian short film. Nawazuddin was last seen in the film Munna Michael and has now become a favorite among filmmakers.

The actor was recently in news when casting director Sanjay Chouhan, in an interview with a leading daily, said that they cannot cast a fair and handsome actor opposite Nawazuddin Siddiqui. However, Chouhan, later clarified that he was misquoted, but the damage was done.

Nawaz voiced his opinion on Sanjay’s statement and took his Twitter account to answer, “Thank you for making me realize that I cannot be paired along with the fair and handsome because I’m dark and not good looking”. The actor also expressed, that he found the statement very strange and added if the filmmakers who have casted him so far, considered his skin color before finalizing!