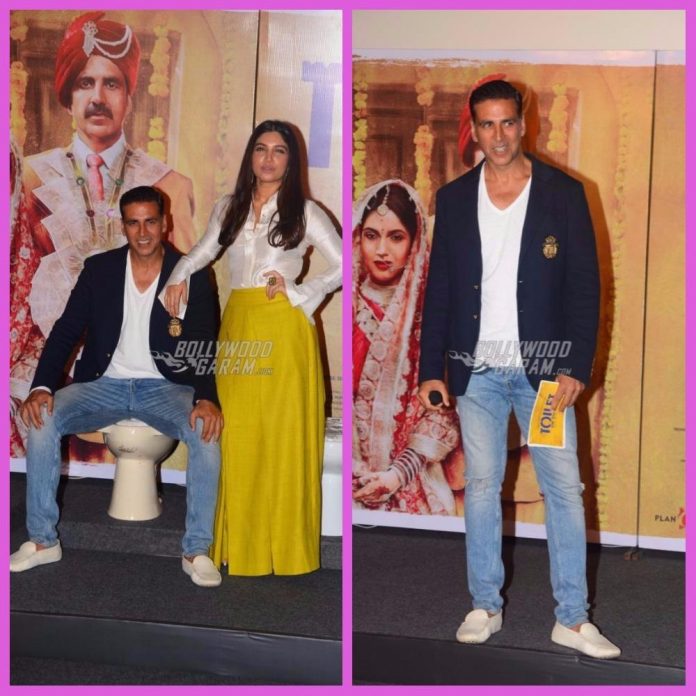 The film Toilet: Ek Prem Katha has already become popular even before its release. Lead actors Akshay Kumar and Bhumi Pednekar have kick started the promotions of their film and were snapped at an event in Mumbai on July 27, 2017. The promotional event also saw the presence of Anupam Kher and Divyendu Sharma.

The film was in news in recent times when a copy of its leaked online. Toilet: Ek Prem Katha was also appreciated by the chairperson of the Central Board of Film Certification, Pahlaj Nihalani. Nihalani Tweeted, “Watched trailer of Akshay Kumar’s Toilet Ek Prem Katha. Based on true incidents, it promotes Swachh Bharat. Should be made tax free. Super hit”.

Akshay Kumar replied, “Thank you so much Pahlaj ji, that’s very kind of you.” The upcoming film is not just based on a real incident but also promotes Prime Minister Narendra Modi’s Swachh Bharat Abhiyan. The film is ready to be released in theatres on August 11, 2017.