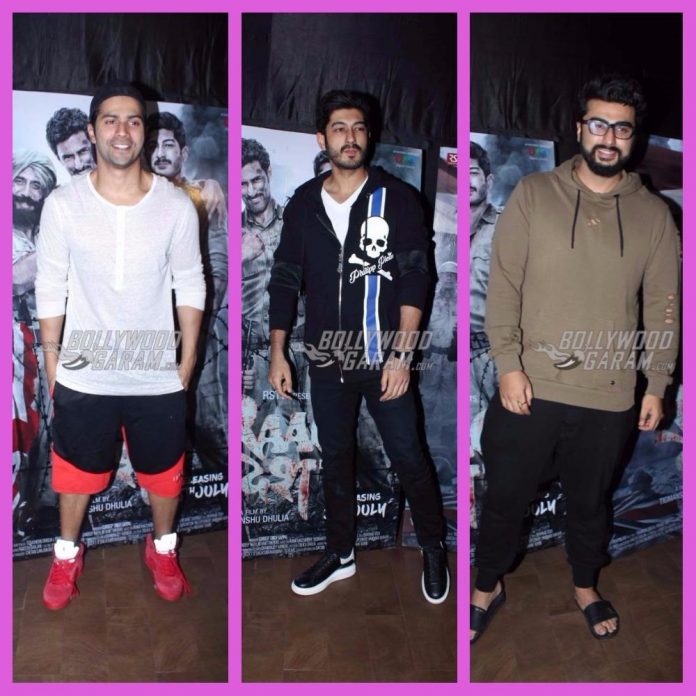 Raagdesh is a patriotic film which has been released just in time when India will be celebrating Independence Day on August 15, 2017. The makers are releasing the film on August 28, 2017 and held a special screening for friends and colleagues from the industry on August 1, 2017.

The special screening of Raagdesh saw the presence of Varun Dhawan, Arjun Kapoor, Mohit Marwah, Jimmy Shergill, Jackky Bhagnani and others. Not many are aware that one of the lead actors of the film Mohit Marwah is the cousin of Arjun Kapoor, who was present at the screening event to show support.

Varun turned up in a casual look in a t-shirt and shorts with red shoes and a cap while Arjun appeared in a cool brown hooded pullover and black track pants. Arjun was last seen in the film Mubarakan, which is doing fair business at the box office, while Varun is looking forward for the film Judwaa 2.