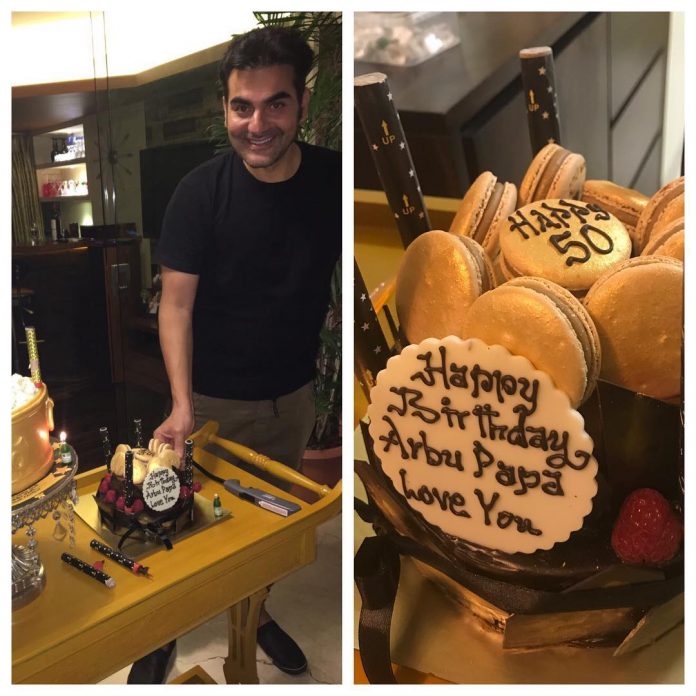 Arbaaz Khan is celebrating his 50th birthday on August 4, 2017. Former wife Malaika Arora, who got separated in 2016, posted a few pictures of Arbaaz’s birthday party on her Instagram account. It was not just a formal birthday celebration but Arbaaz was made to cut a watermelon instead of a cake.

A funny video was also posted along with the pictures. The video showed Arbaaz cutting a watermelon while everyone else had fun watching the Hello Brother actor cut a water melon. Malaika captioned the video, “A tarbooz for arbooz ??…..happy 50 arbaaz??????happinesssss always @arbaazkhanofficial”

Another picture of Arbaaz has shown him posing with two gorgeous cakes. One of the cakes was a champagne in an ice bucket, while the other one had the words “Happy Birthday Arbu Papa love you”. Going by the pictures and the video, Arbaaz indeed had a great time with family on his birthday!

Malaika Arora and Arbaaz Khan have remained cordial despite their separation in May 2016. The two are parents to Arhaan Khan, born in 2002 and are often snapped together at events and family outings. Malaika and Arbaaz got married in 1998, but separated in 2016 over unknown reasons. On the work front, Arbaaz is preparing for the third instalment of his film Dabangg.

Watch this video of birthday boy Arbaaz Khan attacking his watermelon with a cutter!