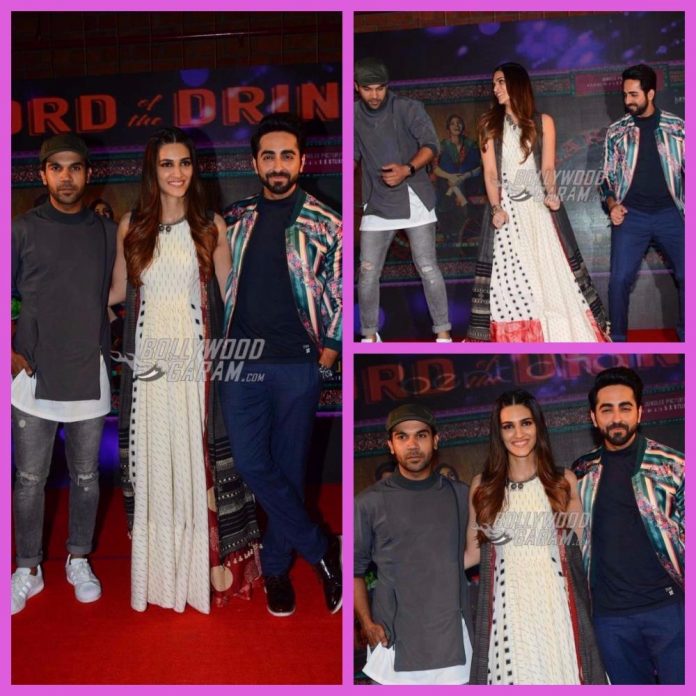 Lead actors of Bareilly Ki Barfi launched the music of the film at an event in Mumbai on August 7, 2017. Ayushmann Khurrana, Kriti Sanon and Rajkummar Rao graced the launch event and were all praises for the film and its music by Rochak Kohli.

The film which is ready to be released on August 18, 2017, is a fun story with three colorful characters. Kriti plays Bitti, a small town girl with big ambitions and in search of her soul-mate. Ayushmann and Rajkummar will be seen playing the prospective grooms, who try their best to impress the pretty lady.

Director Ashwiny Iyer Tiwari spoke about the film and said, “I feel as a story-teller your research and detailing has to be perfect.. especially if your film is a ‘slice of life’ film. My films always have detailing as we do lot of research. When I was in advertising, I used to handle a lot of brands where we used to research in UP, MP, Bihar and Odisha. So it comes automatically to me.” The director added that the idea of the story came from her and the co-writers Nitesh and Shreyas developed it to make it even better.