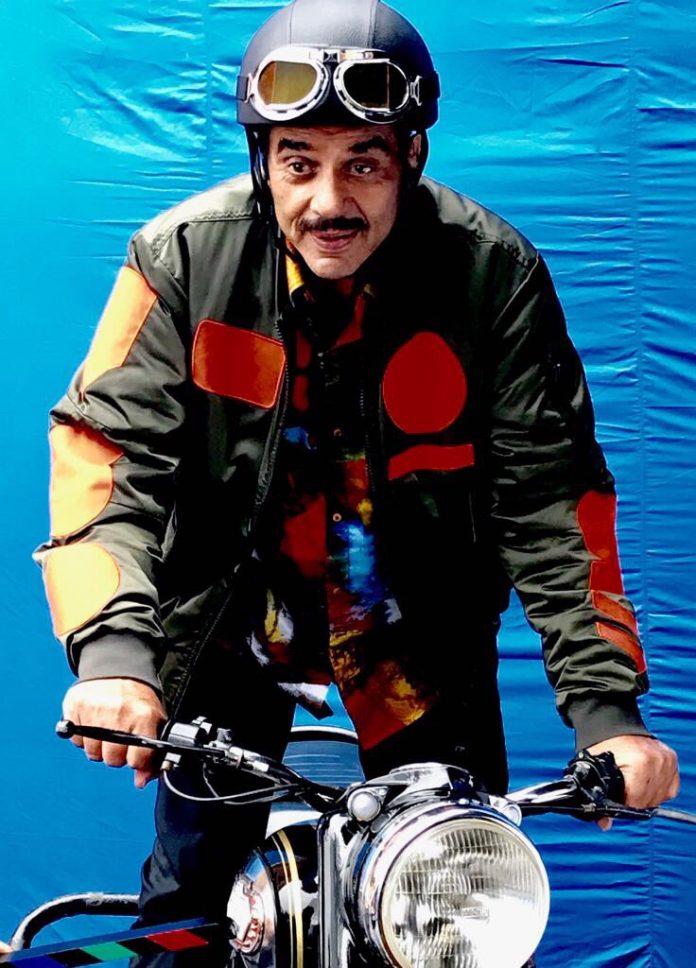 Veteran star Dharmendra used to be one of the hottest actors in Bollywood. With Sholay, his superstardom skyrocketed and he became a living legend in the industry. Though now his acting career may have taken a backseat, Dharmendra is still keeping up with the times, as he has now joined millennials on social media. That’s right, Dharmendra is now on Twitter and Instagram!

The mega star published his first post while on set in Hyderabad for Yamla Pagla Deewana Phir Se. He captioned his image: “Your love has encouraged me to come more close to you… so here is me from the sets of YPD Phir se… #newbeginnings #shootmode #hyderabad”.

The suave actor was greeted by other Bollywood stars, who welcomed him warmly to the social media sphere. Son Sunny Deol was one of the first to tweet out to his father, saying, “Me and Bob eventually succeeded in getting dad here.. Welcome Dad!!”

Meanwhile, Abhishek Bachchan, the son of Dharmendra’s co-star and fellow living legend, Amitabh Bachchan, also tweeted out saying, “Guys, please give a very warm welcome to the one and only Dharam ji”.

You can catch the happenings of Dharmendra through his Twitter handle @aapkadharam. He can be found on Instagram, again on @aapkadharam. He hasn’t been certified yet, but it will happen soon enough! He already has thousands of followers within 24 hours of him joining to the social media sphere, so get tweeting and ‘graming and follow Dharmendra!