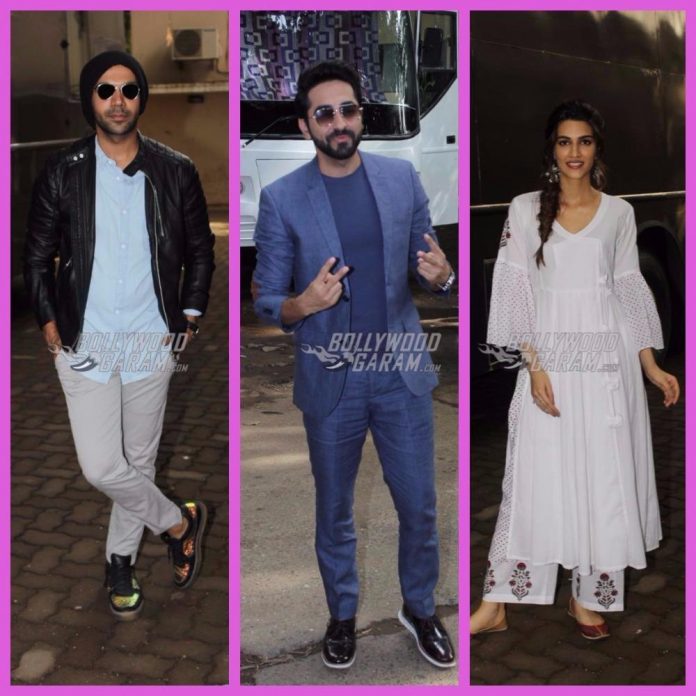 Looks like Bareilly Ki Barfi is winning over the hearts of the audience. And not just the common man, even notable Indian personalities are recognizing the film for its artistry. First, it was Amitabh Bachchan who sent a personal note to the Bareilly team. Now, it is Information and Broadcasting Minister, Smriti Irani who is singing the film’s praises.

The former on-screen-bahu-turned-politician tweeted out to the Bareilly Ki Barfi team for their stellar work. The tweet by Smriti Irani read: “Congrats Ashwiny Iyer. Brilliant work by entire team especially Rajkummar Rao and Bitti’s parents. Dialogues were a class apart.”

Amitabh Bachchan had earlier applauded Bareilly Ki Barfi when he sent a personalized letter calling the romantic film “a delightful one” and praising the performances by Kriti Sanon and Rajkummar Rao. Later, Sanon tweeted out to fans about how excited she was to receive the note from Bachchan Sr. saying: “This feels like a milestone in itself! You’ve been such an inspiration. Thank you so so much sir! This really made my day!”

Bareilly Ki Barfi released in theatres on August 18, 2017. The romantic comedy love story is based on a fictional book by the same name. Kriti Sanon plays the role of Bitti, a modernized woman who is in search of her true love. Both Ayushmann Khurrana and Rajkummar Rao play her suitors in the film that has garnered tons of praise from those who have seen the film. The film is directed by Ashwiny Iyer Tiwari.

Kriti Sanon will next be seen in the upcoming film, Baadshaho that also stars Ajay Devgn, Emraan Hashmi, Vidyut Jammwal and Esha Gupta.