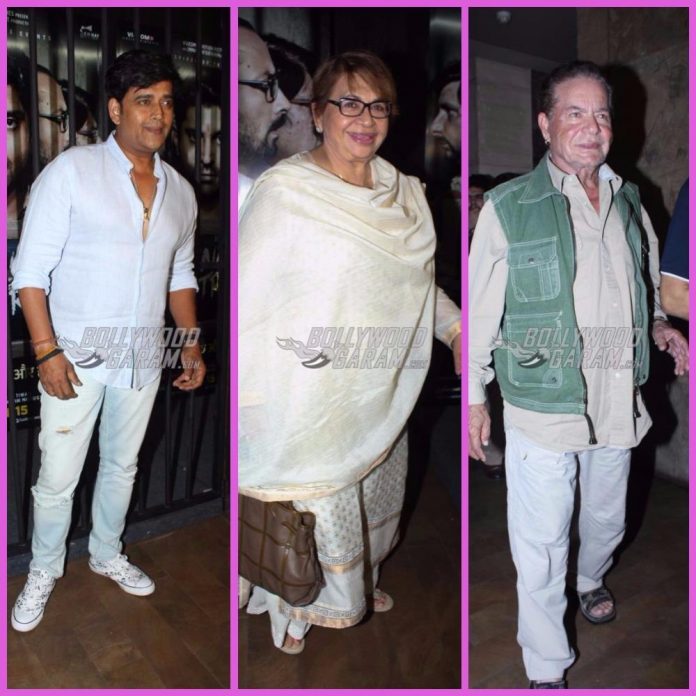 Makers of Lucknow Central hosted a special screening of the film in Mumbai for friends and colleagues from the industry on September 13, 2017. The screening event saw the presence of Ravi Kishen, Helen, Salim Khan, Nikkhil Advani, Farhan Akhtar, Diana Penty, Prem Chopra and others.

Farhan will be seen playing the lead role of a Bhojpuri prisoner, who has been wrongly accused of murder and is waiting for his trial for a death penalty. Diana will be seen playing the role of a NGO worker. The film also stars Deepak Dobriyal, Gippy Grewal, Rajesh Sharma and Ronit Roy playing pivotal roles. Farhan was all smiles at the screening event and was seen interacting with the Bhojpuri star Ravi Kishen.

The upcoming film is directed by Ranjit Tiwari and jointly produced by Nikkhil Advani, Monisha Advani, Madhu Bhojwani and Viacom 18 Motion Pictures. The film is ready to be released in theatres on September 15, 2017.

Exclusive photos from the special screening of Lucknow Central!