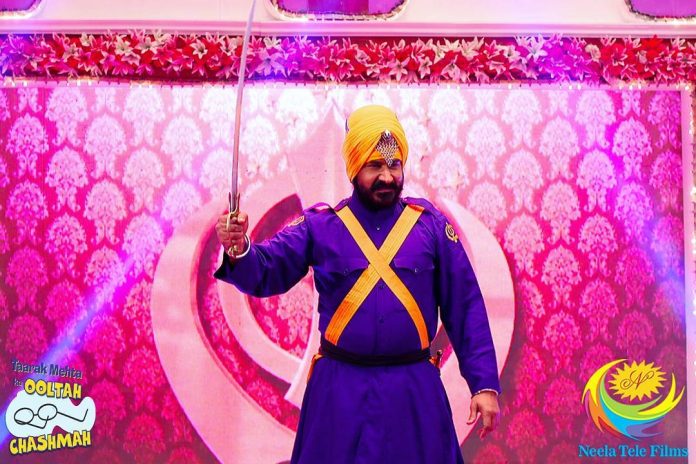 After the controversy surrounding the TV show Pehredaar Piya Ki, popular TV serial Taarak Mehta Ka Ooltah Chashmah is in news for some controversial content shown by the makers. The Shiromani Gurdwara Parbandhak Committee known as SGPC demanded an immediate ban on the show on September 16, 2017.

The committee has claimed that one of the episodes hurt the sentiments of the Sikh community and portrayed a series of blasphemous acts. Kirpal Singh Badungar, the chief of SGPC said that the serial had depicted a living character of tenth Sikh Guru Gobind Singh that was against the Sikh principles. Badungar added, “No actor or any character can equate himself with the tenth Sikh Guru Gobind Singh. Such an act is unpardonable.”

The community has warned the channel and also the director of the show for the content which was broadcasted on TV. Munmun Dutta, who plays the role of Babita Iyer on the show defended the makers of the show and said, “This is a clear case of misunderstanding. Gurucharan (Sodhi) who is a staunch Sikh himself will never do and speak anything that goes against the sentiments of Sikhs all around the world. I clearly remember having a conversation with him about this particular sequence on the day of the shoot and he had mentioned that nobody is allowed to play Guru Gobind Singh ji and thus he is enacting the role of his Khalsa. And that’s exactly what we shot and showed on TV.”

Taarak Mehta Ka Ooltah Chashmah is based on the book Duniya Ne Undha Chasma by late writer and journalist Taarak Mehta. The show went on air in 2008 and since then it has been running successfully on SAB TV. The lead actors of the show are Dilip Joshi and Disha Vakani, who play the roles of Jethalal Gada and Daya Gada respectively.