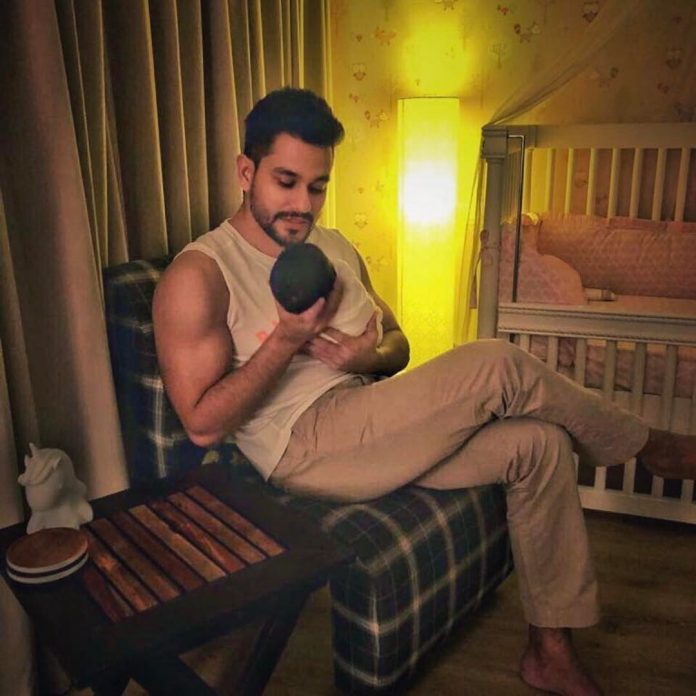 Soha Ali Khan and Kunal Kemmu are at present making the most of their parenthood phase. The Bollywood couple was blessed with a baby girl on September 29, 2017. The actress who has been candid about her pregnancy and her daughter shared an adorable picture of her daughter Inaaya Naumi Kemmu and Kunal on social media.

The picture has shown father Kunal spending a father and daughter moment in the nursery. Soha did not have much to say about the picture but just captioned it as “Bliss”. Kunal is seen trying to put little Inaaya to sleep. On the other hand, the fans are waiting for pictures of Inaaya and Saif Ali Khan’s son Taimur Ali Khan, who is already popular among the paparazzi.

Kunal recently got candid about the first interaction of Taimur and Inaaya during a media interaction at Golmaal Again promotions and said, “Inaaya was sleeping when Taimur met her. He didn’t know what was happening. He was more interested in me playing with him. But yes they met.” Even Saif in an earlier interview with a news agency expressed his happiness and said, “It is a happy time for us. I’ve never been an uncle before, so I am Uncle Saif now.” Kareena Kapoor too expressed her excitement and said that Taimur has a beautiful little sister. Soha and Kunal got married in a private ceremony on January 25, 2015 and are now proud parents to a baby girl.

On the work front, Kunal Kemmu is also excited about the release of his upcoming film Golmaal Again helmed by Rohit Shetty. The film has already garnered a lot of attention from the audience. After the success of the earlier films of the Golmaal series, the fourth installment is also expected to be successful. The trailer looks promising and the multi -starrer flick is ready to be released in theatres on October 20, 2017.