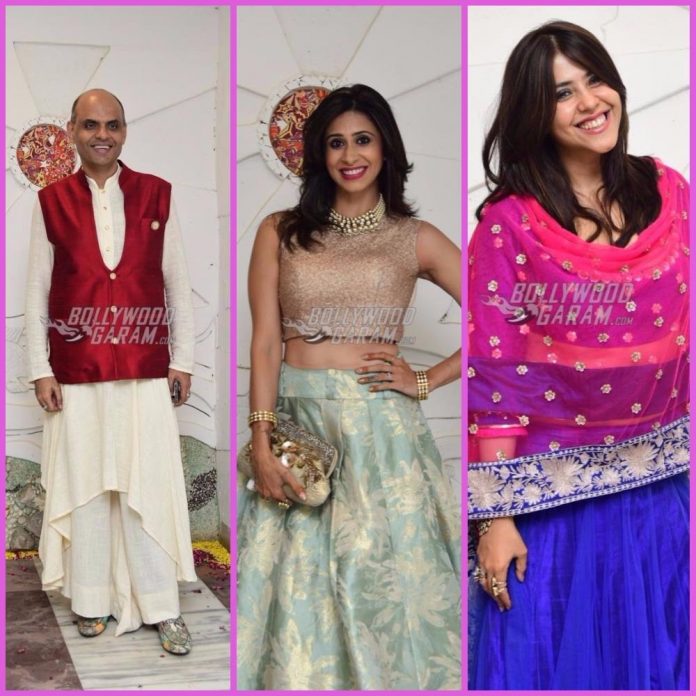 Actor and producer Sandiip Sikcand hosted a Diwali bash at his residence in Mumbai on October 16, 2017. The party saw the attendance of the who’s who of the telly ville. Sandiip personally received the guests at the bash which was summed up with some beautiful floral rangolis, decorations and traditional meals.

Sandiip played the perfect host as he personally welcomed his guests. The producer himself was dressed in a white kurta and pyjama with a red jacket. Divyanka looked pretty in a red gown while husband Vivek looked dapper in a blue and black traditional outfit. Kishwer arrived alone for the bash and looked pretty in a glittery green lehenga and a golden crop top with traditional jewellery.