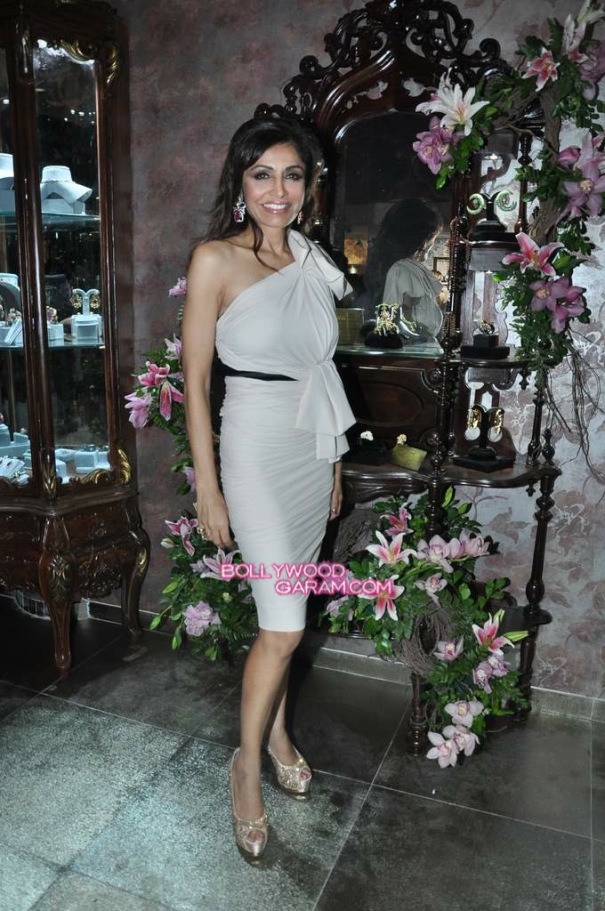 A grand party was hosted by designer Queenie Dhody in Mumbai to celebrate the opening of her latest jewellery store, which was named Jewel of Queenie. The opening event was attended by the who’s who of Mumbai and Bollywood and the guests were seen enjoying the celebration.

One of the stars at the event included Sushmita Sen, who is in recent times in the news for her possible comeback in movies. The former beauty queen was also seen bonding with former actress Gul Panag. Actress Lara Dutta was also spotted at the event, looking great after the birth of her daughter. Dia Mirza was among the attendees at the event and was seen wearing a light green sari.