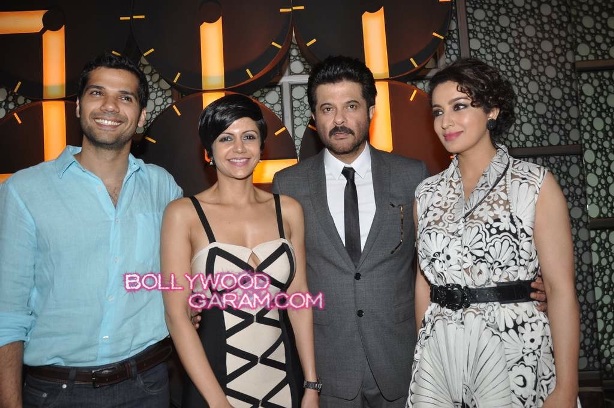 BollywoodGaram.com: Veteran actor Anil Kapoor’s first look of the suspense drama series ‘24’ was  revealed on August 22, 2013. The ambitious project of the Bollywood star is all set to take over the telly world. Reports say that the upcoming series will be the next big thing on Indian TV.

The series is being shot with a huge budget and will feature some big names from Bollywood.

’24’ has been adapted from the American TV series of the same name. In the new show, Anil will be playing the role of Jai Singh Rathore, who is a tough counter-terrorist agent based on Jack Bauer, who is the hero of the American series. The show will be aired on Colors TV.