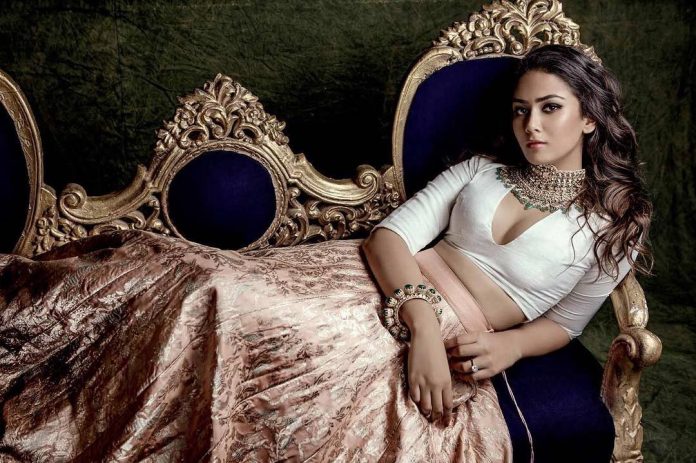 Mira Rajput might not be a part of the film fraternity but surely has all the characteristics and features to be an artist. Shahid Kapoor and his wife made their debut on the cover of the Hello Magazine and grabbed all the attention. Now the Jab We Met actor shared a beautiful picture of wife Mira on his Instagram page.

The latest picture has shown a gorgeous Mira posing in a golden lehenga with some jewelry. Mira surely looks promising and might even grab a break soon. The November issue of Hello Magazine has talked about Shahid’s relationship with his wife, saying how they are falling more and more in love with each other with every passing day.

There were earlier reports that Mira might make her debut in Bollywood and take up acting as a career to which she said, “I have done a few things when I was in school and college. I’ve also done several internships. I worked in advertising too. Initially, I wanted to be a doctor and I even did an internship at a hospital. I was determined to become a surgeon and even saw 13-14 surgeries. But then, I realized that it required a lot of study.”

Mira Rajput has already become popular among the audience and is often snapped hanging out with husband Shahid and daughter Misha. Shahid and Mira got married in 2015 and were blessed with a baby girl Misha in August 2016. Their daughter Misha is now more than a year old. Mira has already made her debut on TV on the show Koffee With Karan with husband Shahid. While Shahid has earlier been on the show, Mira managed to make a mark and surprised the audience as well as the host Karan Johar with her confidence. The Bollywood couple showcased some great chemistry while on the show.