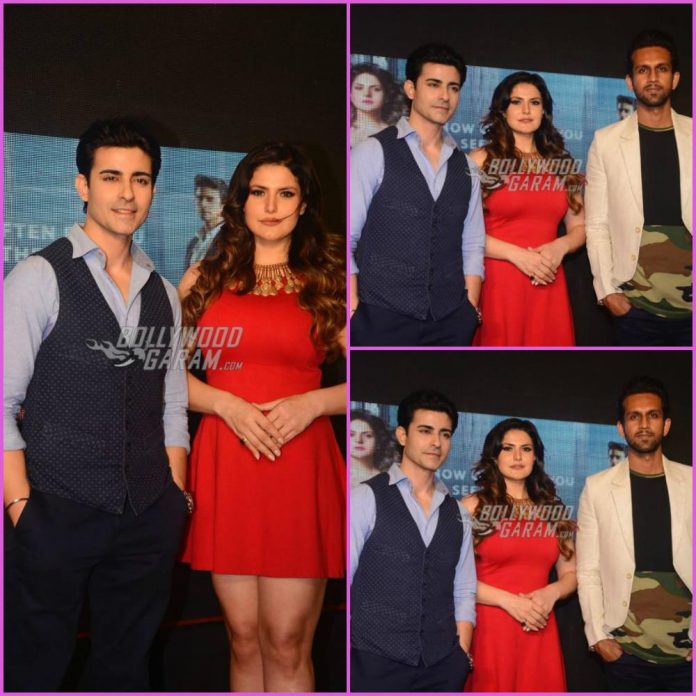 Makers of the upcoming film, Aksar 2 launched the official trailer of the film at an event in Mumbai on November 6, 2017. Lead actors, Zareen Khan, Gautam Rode and Abhinav Shukla launched the trailer as well as the music album of the film at the event. The music for the film has been composed by Mithoon and the film is expected to be one of the hottest box office offerings of 2018.

Zareen looked great in a red outfit while Gautam looked dapper in a formal trouser, shirt and a jacket. The actress during the event said, “I’m happy that the filmmakers felt that I could be a part of this sequel and had that trust in me.”

The film is directed by Anant Mahadevan and is produced by Narendra Bajaj and Chirag Bajaj. Aksar 2 is the sequel to the 2006 film Aksar, which starred Emraan Hashmi, Udita Goswami and Dino Morea. The sequel is ready to be released in theatres on November 17, 2017.

Exclusive photos of Zareen Khan, Gautam Rode and Abhinav Shukla at the event!