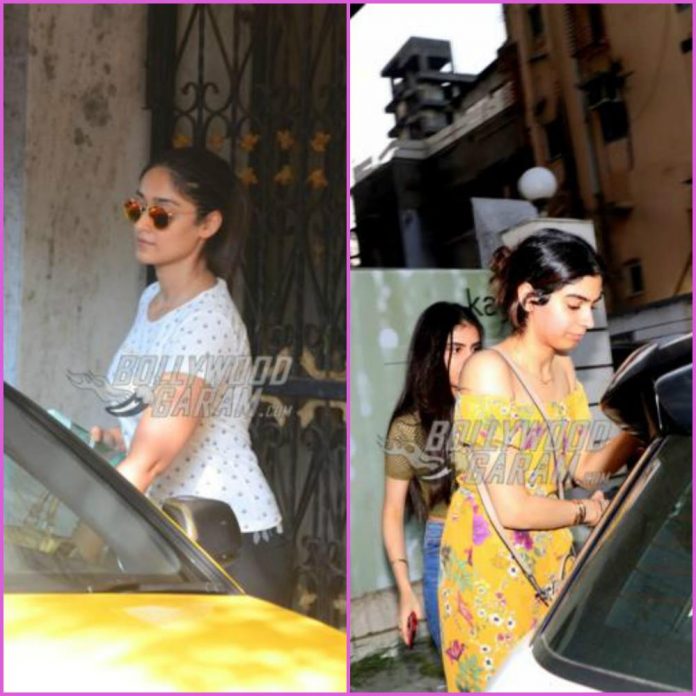 Bollywood divas have always caught attention of the paparazzi. Ileana D’Cruz and Jhanvi Kapoor’s younger sister, Khushi Kapoor were snapped in Mumbai on a casual outing in Mumbai on November 7, 2017. Khushi is veteran actress Sridevi and Boney Kapoor’s younger daughter who looked pretty in a yellow off-shoulder outfit.

While elder sister Jhanvi is already on the way to make her Bollywood debut, mother Sridevi, in a recent interview was asked about the future plans of Khushi, to which she said that she wants to become a model and added, “Yes, Khushi says she wants to get into modelling. Pehle, she wanted to become a doctor. Phir doctor selawyer and now it’s modelling. So, I am waiting for the shock to happen.”

Ileana was seen on a shopping spree and looked stylish in a white t-shirt and black pants. The Barfi actress in a recent interview had spoken about her experience with depression and said, “I was always a very self-conscious person and was picked on for my body type. I used to feel low and sad all the time but didn’t know I was suffering from depression and Body Dysmorphic Disorder till I got help. All I wanted to do was to be accepted by everyone.”

The actress was last seen in the film Baadshaho and is currently filming for the film Raid.