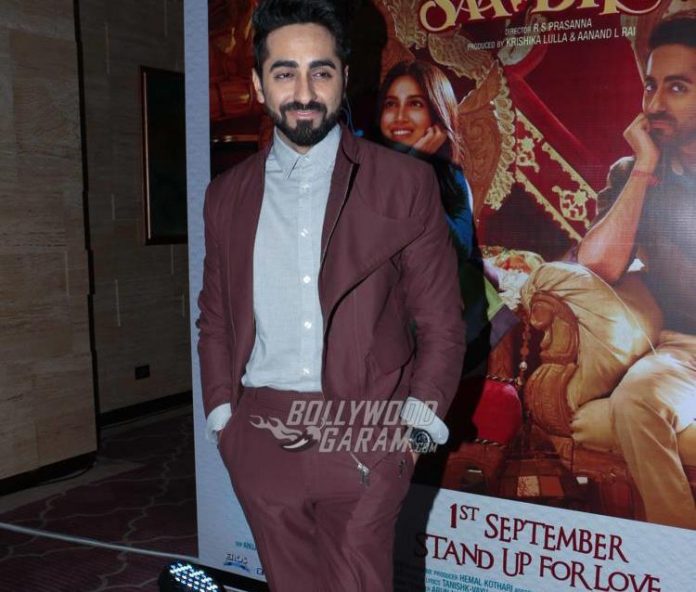 Ayushmann Khurrana is now counted among the busiest actors in Bollywood. After playing the lead in Bareilly Ki Barfi and Shubh Mangal Saavdhan, the actor will now be seen doing a cameo in the upcoming film, Tumhari Sulu, which has Vidya Balan playing the lead. The makers of the film opted for Ayushmann to play the cameo, but the details of his character in the film have been kept as a secret.

Ayushmann, in a recent interview with a leading daily had expressed that he would love to play the role of the legendary singer and actor Kishore Kumar on screen. The actor said, “I’d love to do the Kishore Kumar biopic. If anybody can please put this across to Mr. (Anurag) Basu, I’ll be more than happy to do it. I can sing, too. I’m a legit actor who can play the legend on-screen.”

Ayushmann was last seen in the film Shubh Mangal Sandhan which also starred Bhumi Pednekar and was released on September 1, 2017.