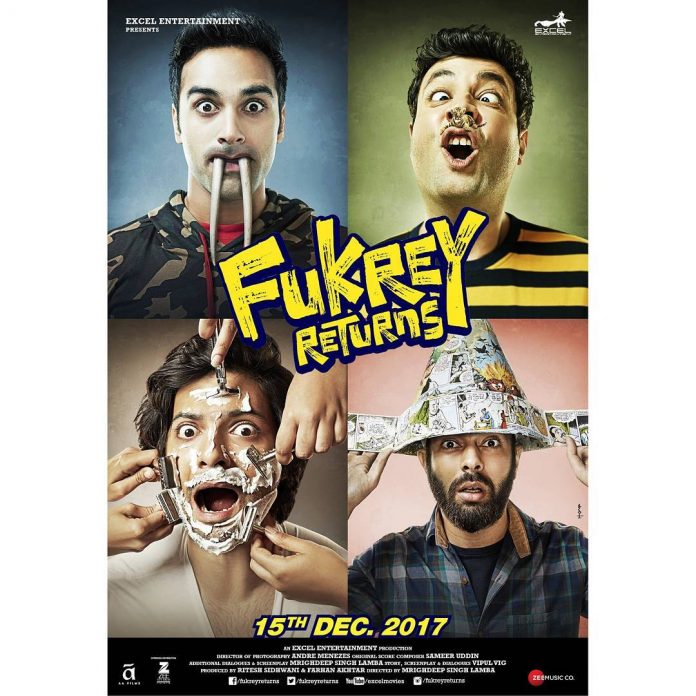 Makers of Fukrey Returns have unveiled new and hilarious posters of the film. The posters feature lead actors, Pulkit Samrat, Varun Sharma, Manjot Singh and Richa Chadda showing their funny sides. The actors on the posters have made some weird and funny expressions which has indicated that the sequel of the 2013 film is going to be super hilarious and entertaining.

The actress recently talked about her character in Fukrey Returns and said, “I feel blessed to have worked on this film… to have a character that’s so black that it’s lovable… to play a woman that’s empowered and hence memorable… true, it doesn’t fit into the neat little boxes, but who wants to live in a box anyway.” The upcoming comedy-drama flick is directed by Mrighdeep Singh Lamba and co-produced by Ritesh Sidhwani and Farhan Akhtar.

The earlier film, Fukrey had surprisingly become a hit among the audience who now have a lot of expectations from the sequel.