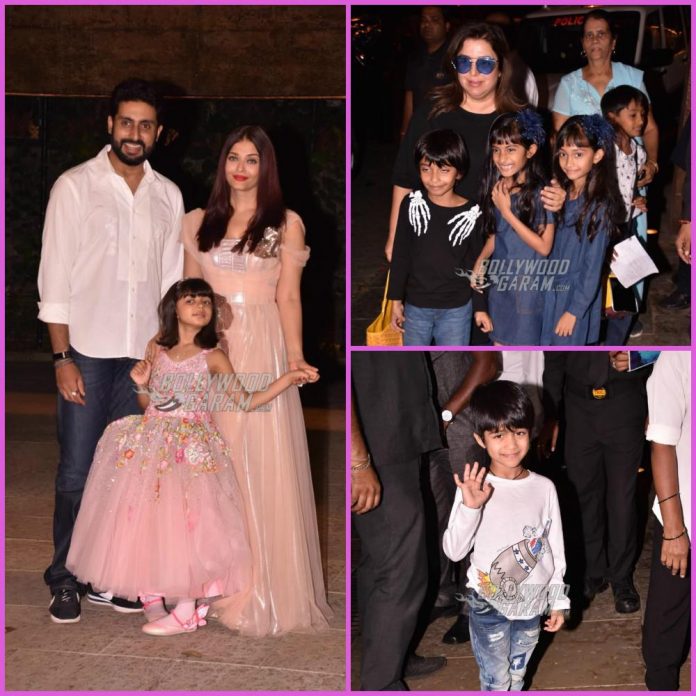 Star kids from the industry with their parents turned up for the grand birthday bash which had a fairytale theme. Aaradhya looked like a little fairy in a pink maxi gown while mother Aishwarya looked pretty in a peach outfit. Father Abhishek Bachchan was seen in a simple white shirt and a pair of denims.

Sr. Bachchan shared a few glimpses of the party which showed Shah Rukh Khan with his son AbRam enjoying on a Ferris wheel while Abhishek was seen instructing the operators to keep it slow. More pictures showed the birthday girl sharing her birthday cake with grandmother Jaya Bachchan while Amitabh Bachchan looked amused. Shilpa Shetty too turned up with son Viaan Kundra. Mr. Bachchan also shared a picture of the priceless reaction of AbRam when he gets his share of cotton candy at the party.

The proud parents were seen greeting the media outside the party venue and posed with their daughter for pictures. The other attendees of the event included Aamir Khan’s son Aazad Rao Khan, Sonali Bendre with her son, Farah Khan with her triplets, Sanjay Dutt’s twins Shahraan and Iqra, Tara Sharma with her children and others.