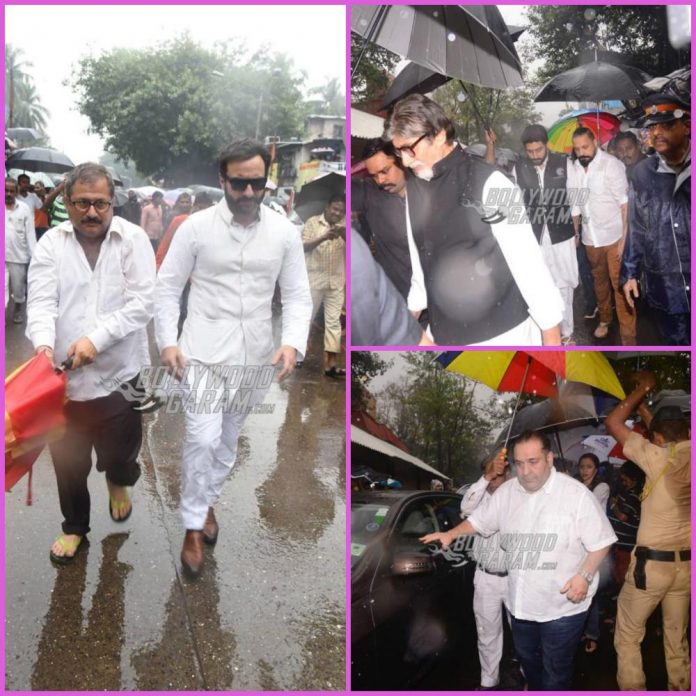 The 70s star of Bollywood, Shashi Kapoor passed away at the age of 79 after prolonged illness on December 4, 2017. The funeral ceremony saw the presence of the Kapoor family and friends and colleagues from the industry.

The 79 actor was on dialysis due to kidney problems. Kapoor has contributed to the Indian cinema with several noteworthy films for about four decades. Shashi Kapoor started his career as a child actor in his father Prithviraj Kapoor’s plays. Kapoor was known for some of his films like Deewar, Shaan, Junoon, Namak Halaal and Satyam Shivam Sundaram.

The actor was married to British actress Jennifer Kendal in July 1958. They also acted in a number of films together, more prominently in the Merchant Ivory Production.