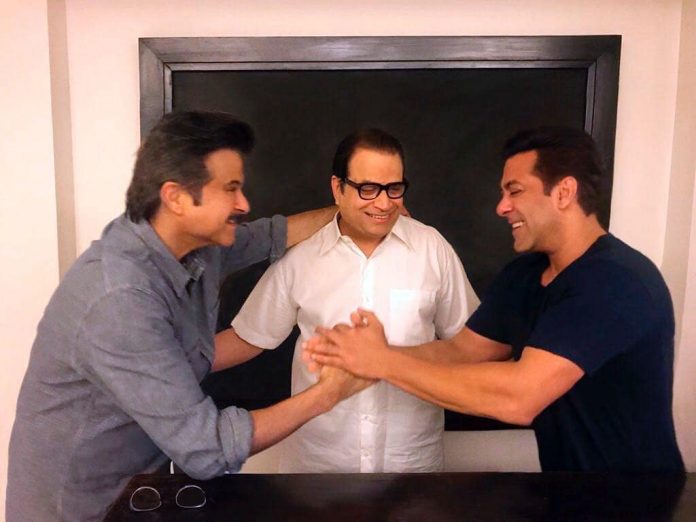 While Salman Khan has already kept the hearts of his fans racing when he started shooting for the upcoming film Race 3. Upcoming film of the Race franchise also features Jacqueline Fernandez, Bobby Deol, Daisy Shah, Saqib Saleem and will be directed by Remo D’Souza.

While Salman has already started shooting for the upcoming film, there were reports that Anil Kapoor might also be a part of the third installment. The Dabangg star has confirmed the news that Anil is now a part of Race 3 and shared a candid picture which has shown himself, with producer Ramesh Taurani and Anil Kapoor.

Salman took his Twitter account to share the picture and wrote, “Inke Aane se Race3 ka cast aur ho gaya jhakas @AnilKapoor @RameshTaurani #Race3”. With the latest progress, Anil Kapoor has become the only actor who has been reprised from Race 2. Moreover, it will also be the first time Anil will be working with choreographer turned filmmaker Remo D’Souza.

Anil Kapoor and Salman have earlier shared the screen space for the films like Biwi No. 1, Salaam-E-Ishq, Yuvvraaj, Wanted and Deewana Mastana. Meanwhile, Anil is also shooting for the upcoming film Fanne Khan, which also stars Aishwarya Rai Bachchan. The film is due to be released in 2018.