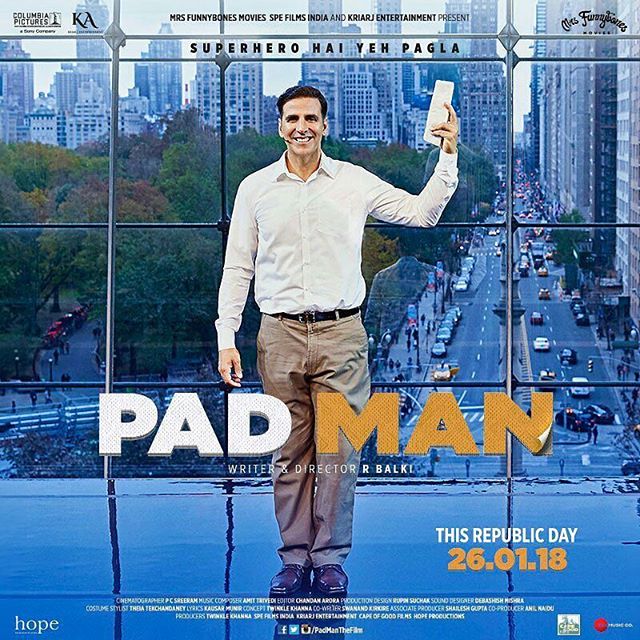 Akshay Kumar is working hard towards his upcoming film Padman, which is a biopic on the national hero Arunachalam Muruganantham, who was the inventor of the low-cost sanitary napkins for the women living in the rural areas.  The actor has shared a new poster of the film which is ready to give out a strong message.

The upcoming film  will narrate the story of the man, who wanted to bring a revolution for women, in the rural areas, who could not afford proper menstrual hygiene. Muruganantham, had struggled and went against the wishes of his family to invent a low-cost sanitary pad, which proved to be a blessing for the women in the rural areas.

The film is directed by R. Balki and also stars Radhika Apte and Sonam Kapoor. The film will also see Amitabh Bachchan play a special role and will also mark the debut of Twinkle Khanna as a producer. Padman is ready to be released in theatres on January 26, 2017.
Photo Credits: Instagram