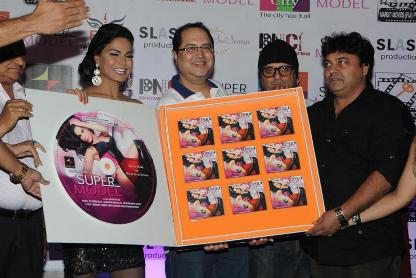 BollywoodGaram.com: Pakistani actress Veena Malik was recently spotted at the R City Mall in Ghatkopar, Mumbai on August 31, 2013. The actress arrived at the mall for the music launch of her upcoming movie ‘Super Model’.

At the event, Malik talked about her experience while working on the movie and said that she has worn several bikinis while shooting the flick.

Veena said, “The number of bikinis that I have worn in this film, I have never worn as many before. I don’t even intend to wear a bikini again.” The controversial actress also claimed that this might be the only Bollywood movie in which the audience can see her in so many bikinis.