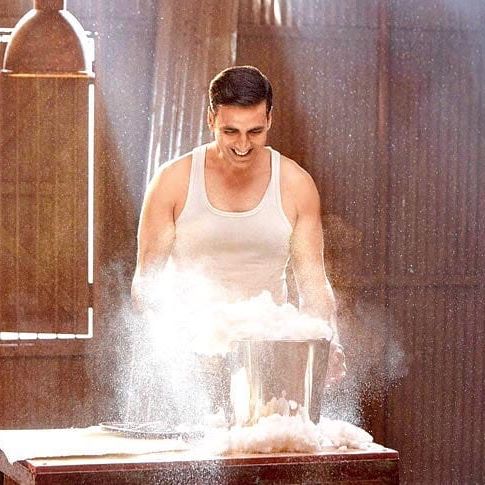 After a long wait, Akshay Kumar has finally revealed the official trailer of the upcoming film Padman on December 15, 2017. The film which will mark the debut of Twinkle Khanna as a producer, also stars Sonam Kapoor and Radhika Apte.

Going by the trailer, the film is attempting to spread an awareness through the medium of humour. The trailer starts with the voice over of the legendary superstar Amitabh Bachchan, who talks about the Padman played by Akshay Kumar. Kumar who plays the role of Arunachalam Muruganantham, has the idea of making sanitary napkins for women and even tries himself one in a pink underwear.

While Akshay’s character shares the idea with his sisters and his wife, they feel ashamed, embarrassed and criticize his ideas. At a point, his wife leaves him and even the village people criticize his ideas to spread awareness about menstrual hygiene. On the other hand Akshay is also seen talking at a press conference about his low-cost sanitary napkins and the need to spread awareness among the rural women.

The upcoming film is directed by R. Balki and is jointly produced by Twinkle, Sony Pictures Entertainment, Columbia Pictures, Gauri Shinde, R. Balki, Prerna Arora and Arjun N. Kapoor. Padman is ready to be released in theatres on January 26, 2018.