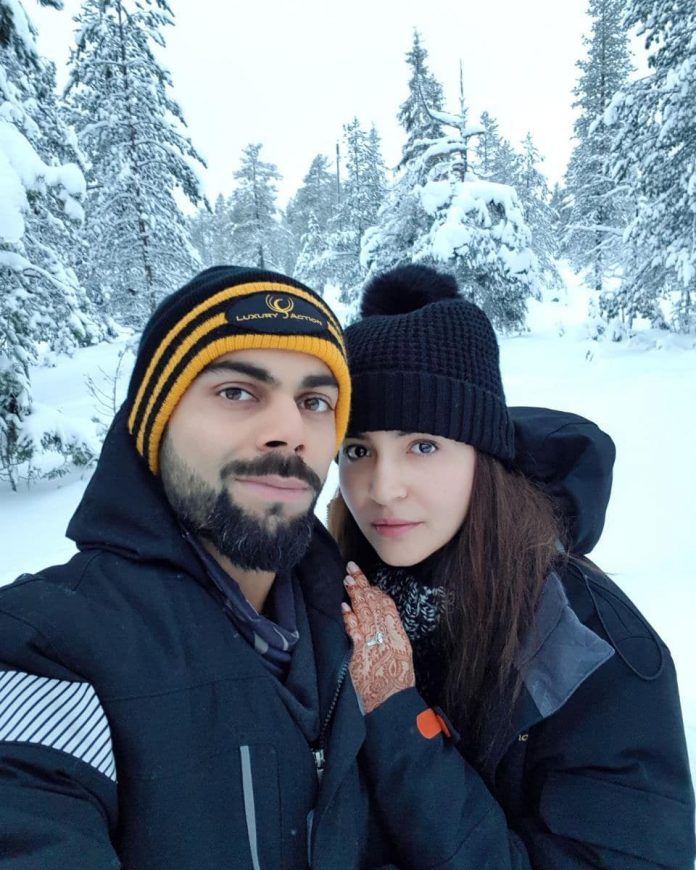 Newly-weds Anushka Sharma and Virat Kohli made everyone believe in fairy-tale weddings, when pictures of their wedding went viral on the internet. The couple got married in an intimate wedding ceremony in Tuscany, Italy on December 11, 2017. Since then the couple has been sharing candid pictures of the two. Anushka took her Instagram account and shared a beautiful picture of the two at the backdrop of winter snow.

The Rab Ne Bana Di Jodi actress gave the caption, “In heaven, literally.” Anushka and Virat looked great together as they were clad in ski-gear and black beanies. The actress was seen with Mehndi in her hand with the sparkling diamond ring on her finger.

The couple will be spending the new-year’s eve together and will return by the first week of January. Anushka Sharma will be then back to work and begin the next schedule of Anand L. Rai’s upcoming film with Shah Rukh Khan. The actress has also signed for the upcoming film Sui Dhaaga which also stars Varun Dhawan.