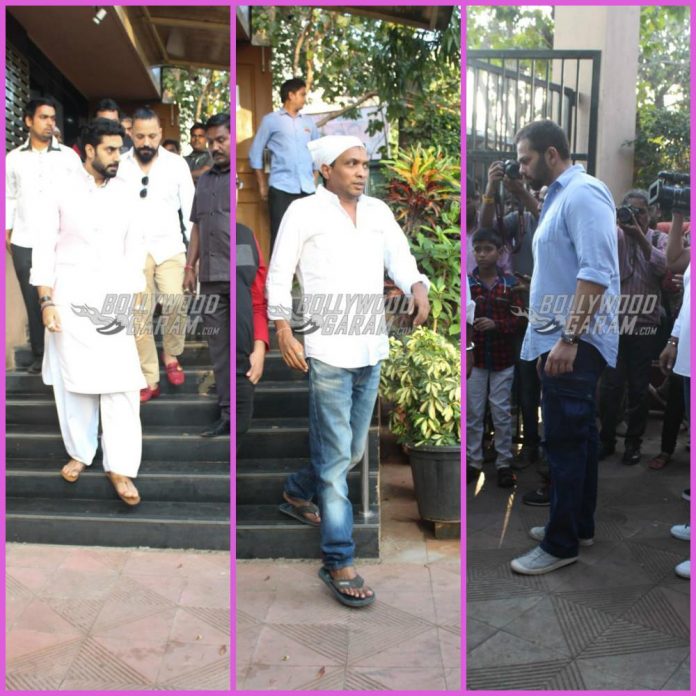 Celebrities from Bollywood were snapped at the funeral processor of the late actor and filmmaker Neeraj Vora in Mumbai on December 14, 2017. Abhishek Bachchan, Sunil Pal, Rajpal Yadav, Bunty Walia, Sushant Singh, PareshRawal, Rohit Shetty, Ashutosh Gowarikar, Raj Zutshi and others turned up to pay their last respects to the filmmaker at the funeral procession.

Abhishek was seen in his signature white kurta and pyjama with a pink Nehru jacket. Neeraj, was due to return to the sets of Hera Pheri 3 but suffered a heart attack and a brain stroke in 2016 due to which he was under the condition of coma since about a year.

The filmmaker was being treated at producer Firoz Nadiadwala’s residence, where a room was converted in to an intensive care unit. Neeraj’s condition had improved in between but his condition worsened on December 14 and breathed his last at 4 am.