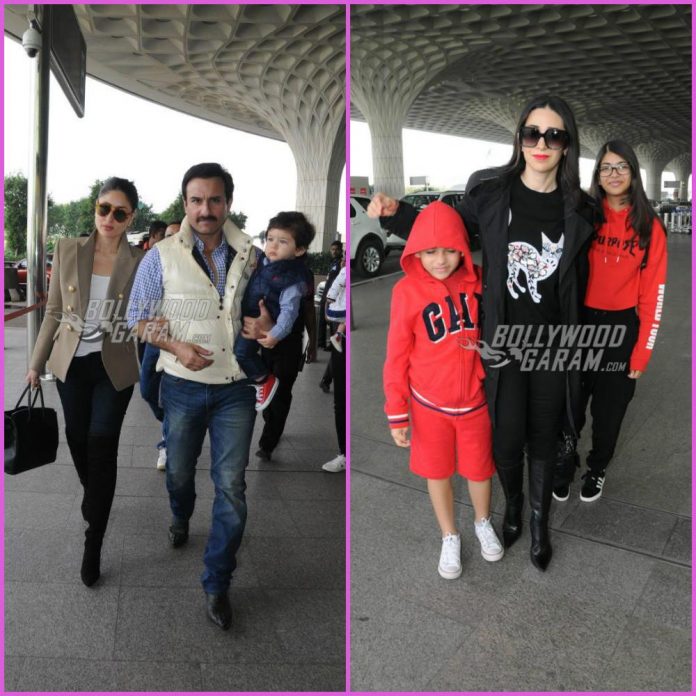 Karisma’s kids twinned for the airport look in red and black outfit while Karisma looked great in an all black outfit. Kiaan and Samiera seemed to enjoy the attention from the paparazzi and were all smiles and poses at the airport.

Meanwhile the pre-celebrations at Pataudi have already begun. Kareena in an earlier interview revealed that they will be having an intimate family celebration for Taimur’s first birthday as he is too small to understand celebrations. Karisma has already given a glimpse of the arrangements at Pataudi through her Instagram account. The royal palace has been decorated with lights and bonfires. Taimur was born on December 20, 2016 and since then has grabbed the attention of the paparazzi with his cuteness and charm.