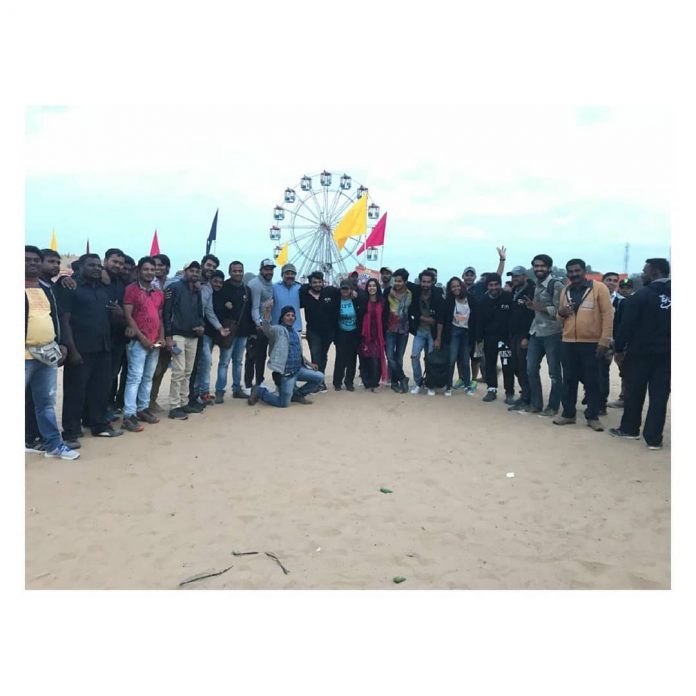 The film Dhadak has gone on floors in recent times and the cast and crew have already finished the first schedule of the film. Dhadak is the Hindi remake of the Marathi blockbuster flick Sairat. The Hindi remake is directed by Shashank Khaitan and the crew has already finished shooting for the first schedule of the film in Rajasthan.

The film stars debutants Janhvi Kapoor and Ishaan Khatter and produced by Karan Johar under Dharma Productions. The official Instagram handle of the film posted a picture of the entire cast and crew after wrapping their first schedule. The picture showed excited faces of the entire team as they inch towards the completion of the much awaited film.

The Marathi film Sairat was directed by Nagraj Manjule and is based on the subject of honour killing and caste discrimination. Shashank in an earlier interview talked about the film and said, “The basic premise is of differences in caste, honour killing and what it means to survive in that world and I feel that is the conflict that is alive all across India, you will hear stories like that.”

The film is co-produced by Zee Studios and Dharma Productions and is scheduled to be released on July 6, 2018.