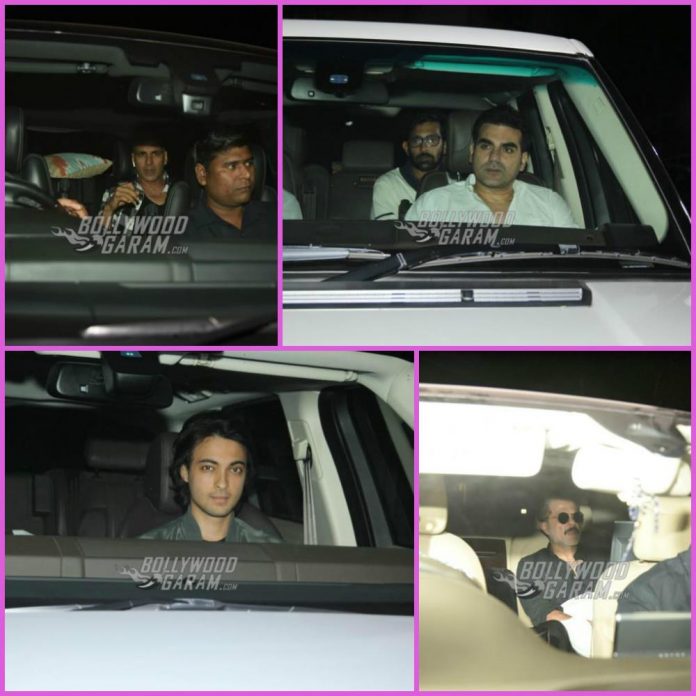 Tiger Zinda Hai is one of the most awaited films of 2017 and has been released in theatres on December 22, 2017. Celebrities from Bollywood flocked to attend the special screening of the film held in Mumbai on December 21, 2017.

The screening event also saw the presence of Salman Khan with father Salim Khan. The film is directed by Ali Abbas Zafar and produced by Aditya Chopra. Tiger Zinda Hai also stars Katrina Kaif, Paresh Rawal, Angad Bedi, Kumud Mishra and others. The trailer of the film has narrated the plot where a group of Indian nurses have been abducted in Iran by a terrorist group known as ISC.

The film is also said to be one of the most expensive Yash Raj Productions.