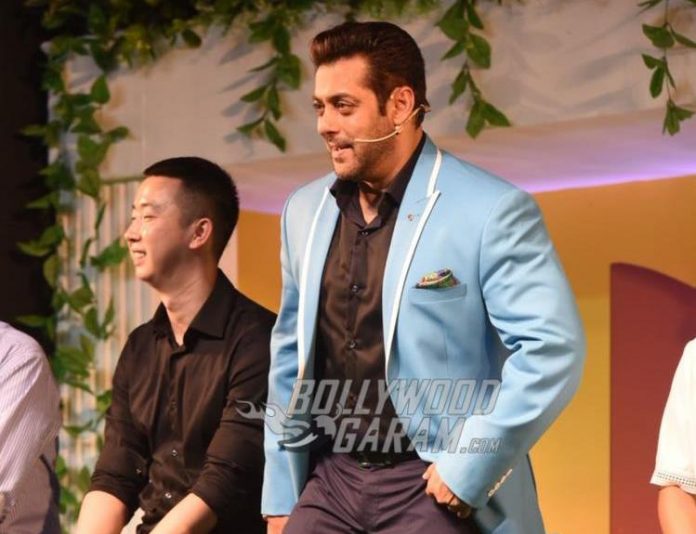 After the success of Sultan and Tiger Zinda Hai, Salman Khan is ready to work with director Ali Abbas Zafar for the third time. Salman on the occasion of his birthday announced a new project for his fans. Upcoming film Bharat will be co-produced by Salman Khan’s brother-in-law Atul Agnihotri along with T-Series.

T-Series head Bhushan Kumar stated, “We have had a long-standing association with Salman Khan from when we acquired the music of Pyaar Kiya To Darna Kya. We produced Bhai’s two other films Lucky: No Time For Love and Ready, both of which were successful collaborations. Atul and I gel well and we decided to join hands on Bharat, a human drama that is bound to touch you beyond measure.”

Atul also talked about his association with Bhushan and said that they have many times interacted in the past and that his sensibility with content always matched with his. The film will go on floors from 2018 and will be scheduled to be released during Eid 2019.

Bharat will be a remake of the Korean film Ode To My Father and is set against the backdrop of the India-Pakistan partition and will continue to the present day. The most interesting part of the film will be that the audience will get to see Salman ageing throughout the film.