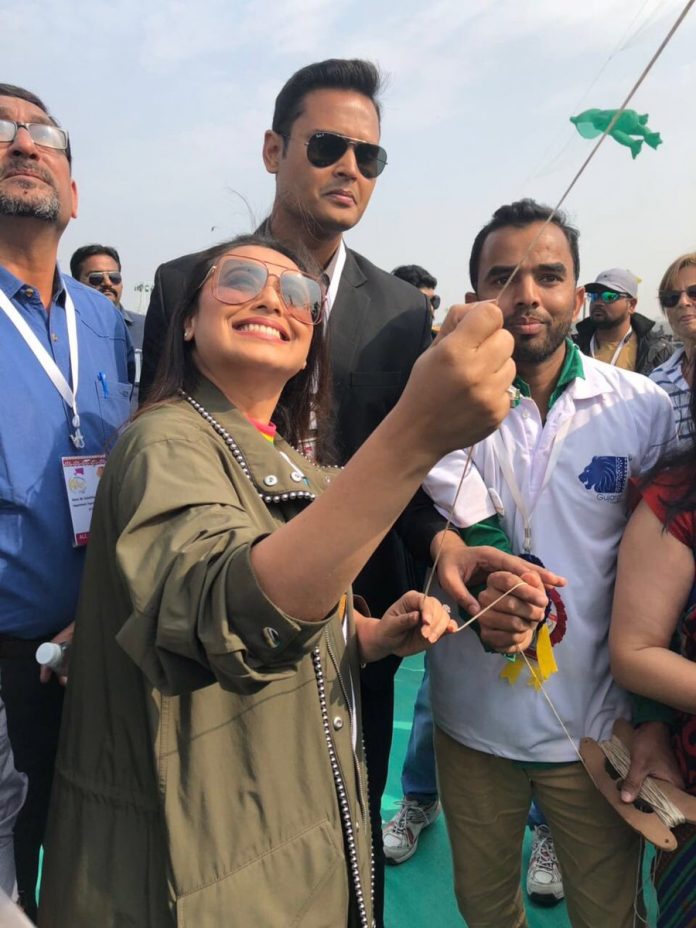 Rani Mukherji is ready to begin the promotions of her film Hichki from January 14, 2018 which also marks the festival of Makar Sankrant. Meanwhile, the actress is in Ahmedabad to promote the film. Rani posted a picture on her Twitter account which has shown her indulging in some kite-flying in Ahmedabad.

The Kuch Kuch Hota Hai actress can be seen enjoying while flying a kite and looks great in a green jacket. In terms of the activities in Ahmedabad, the makers have planned a number of activities in the city. Ahmedabad will be the first city that Rani is visiting for promotions and the official promotional activities will begin from January 14, 2018.

The Mardaani actress will be seen playing the role of a teacher, who suffers from Tourette syndrome. Rani earlier talked about Hichki and her role in the film and said that she plays a common girl, who is in an extraordinary situation and has a challenge to never back off.

The film is directed by Sidharth P Malhotra and jointly produced by Maneesh Sharma and Aditya Chopra under the banner of Yash Raj Films. Hichki also stars Harsh Mayar and Supriya Pilgaonkar and is due to be released in theatres on February 23, 2018.