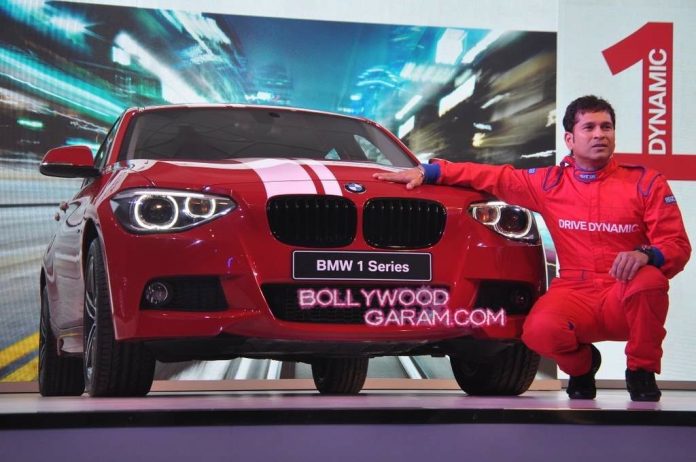 BollywoodGaram.com: Indian cricketer Sachin Tendulkar unveiled the all new BMW 1 Series, which was launched for the Indian market in an exclusive event in Mumbai on September 3, 2013. The new BMW 1 Series has been launched by the German luxury car maker and will be priced starting from Rs. 20.9 lakh.

The new vehicle has been designed to stand out from the crowd on the busiest roads and has a refreshing design. The new BMW 1 Series was unveiled by the talented cricketer and race driver Armaan Ebrahim at the event.

Some features of the vehicle include the rear-wheel drive and Steptronic 8-speed Automatic Transmission. The new vehicle by BMW will be available in two non-metallic and six metallic paintworks.