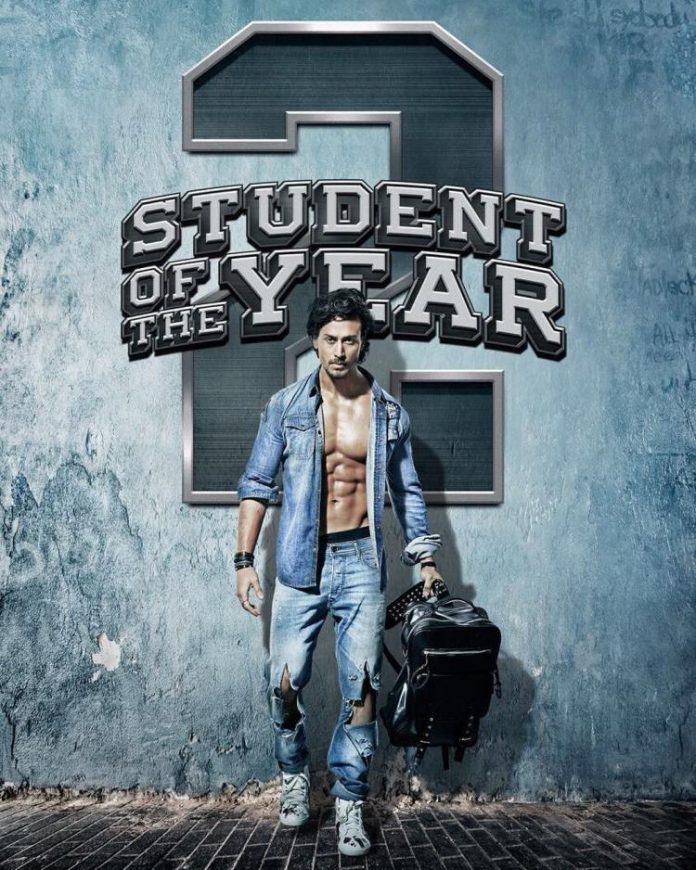 Student Of the Year 2 is yet to get its leading ladies, but has already got a release date. The film will be directed by Punit Malhotra and will be released on November 23, 2018. Tiger Shroff, who has already won the hearts of the audience with his dancing skills and acrobatics, will be playing one of the leads in the film.

The film will soon go on floors in 2018 and the leading ladies of the film will be announced in February 2018. Producer Karan Johar shared a new poster of the film featuring Tiger Shroff and announced, “SOTY 2 will release worldwide on the 23rd of NOVEMBER 2018! The two new leading ladies will be announced next month! The franchise forges ahead under the baton of director @punitdmalhotra …@foxstarhindi @apoorvamehta18 @iTIGERSHROFF”

The new poster of the film shows Tiger showing off his abs. Talking about the female leads, the film is expected to have two debutants and their names will be revealed in February 2018. Tiger in an earlier interview talked about his upcoming projects and said, “Early next year, I start Student of the Year 2. That’s the only film I’ve confirmed my dates for as of now. The rest will depend on how long this shoot takes. The Rambo shoot is scheduled to kick off towards the end of next year. The film with Hrithik sir will start before that.”

Tiger made his debut in Bollywood with the film Heropanti opposite Kriti Sanon.