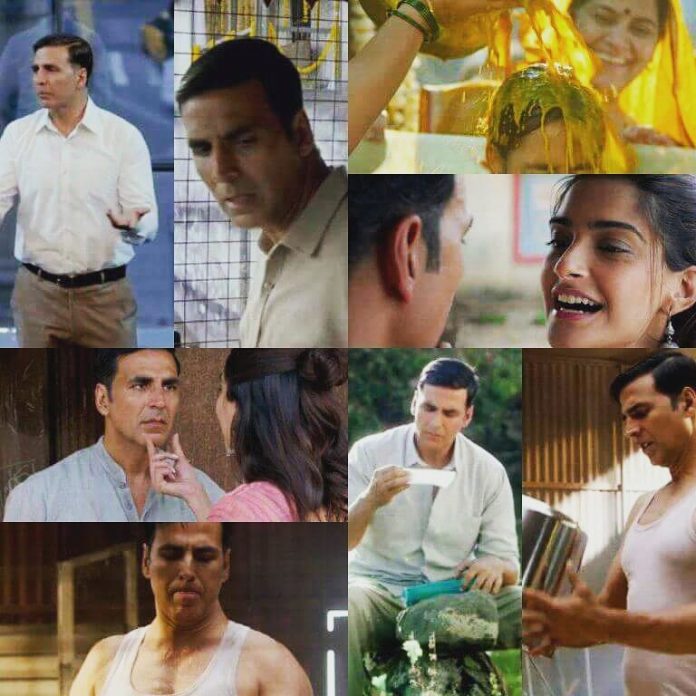 Makers of the upcoming film Padman unveiled a new song Sayaani from the film. The music video of the song features Akshay Kumar, Radhika Apte and Sonam Kapoor. Akshay, who plays the role of Arunachalam Muruganantham, can be seen talking about how periods are compared to test matches.

The lead actor also talks about how he does not agree with the pre-conceived notions about sanitary napkins while his thoughts and obsessions surprise Sonam Kapoor. The song is sung by Yashita Sharma, Jonita Gandhi, Yashika Sikka and Rani Kaur.

The upcoming film Padman is a biopic on Arunachalam, who invented low-cost sanitary napkins for women in the rural areas, who could not afford expensive sanitary napkins. Akshay recently pushed the release date of Padman to February 9, 2018 to allow Sanjay Leela Bhansali’s Padmaavat to have a solo release on January 25, 2018.

The film will also mark Akshay’s wife Twinkle Khanna’s debut as a producer under the banner of Mrs Funnybones Productions. Padman is directed by R Balki and also stars Radhika Apte and Sonam Kapoor. Radhika will be seen playing Akshay’s wife while Sonam will be seen playing the role of a teacher. The film is only the second Bollywood film which was granted access to shoot the film inside the headquarters of the United Nations in New York City after the film Half Girlfriend.