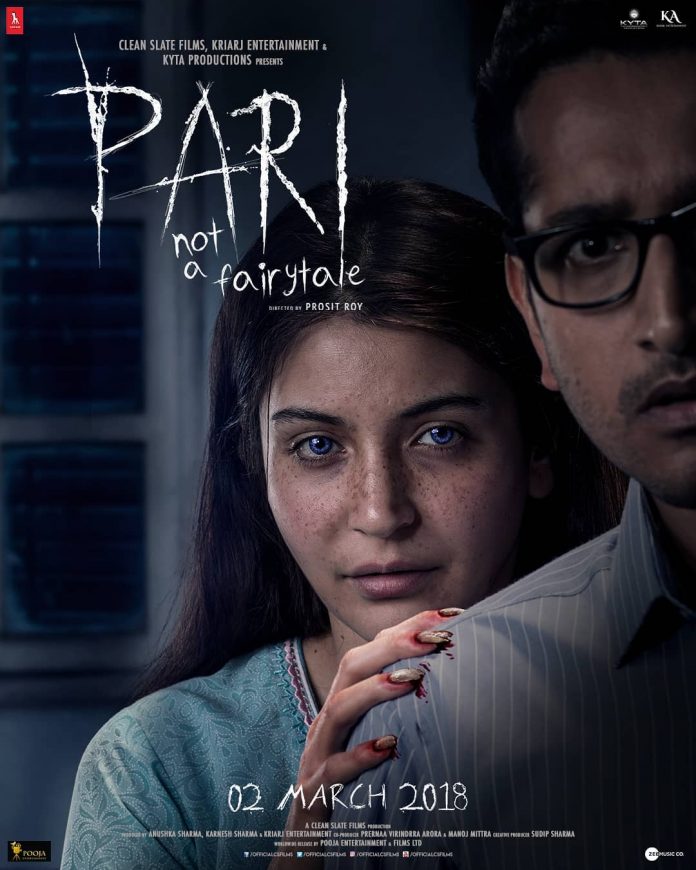 Anushka Sharma has been playing versatile with her production house Clean Slate Films. After facing success with NH 10 in the thriller genre, Anushka ventured in comedy with the film Phillauri. NH 10 proved to be successful, but Phillauri failed to impress. Now the actress has ventured in to the horror genre with Pari. The makers of the film unveiled a new poster of the film which has shown a glimpse of the lead actor Parambrata Chatterjee.

The new poster has shown Anushka’s face with blue eyes and blemishes on face, as she placed her long and bloody nails on the shoulders of the lead actor. Pari is one of the most awaited films of 2018. The makers recently also unveiled a 30 second clip which has increased the curiosity of the audience.

The leading man, Parambrata Chattopadhyay is the one who has impressed everyone with his performance in the film Kahaani in 2012 which also starred Vidya Balan. Anushka took her Instagram account to share the new poster which has the words, Pari – not a fairytale. The actress captioned, “Sooner or later, fate shows up at your doorstep….. Until then keep your eyes wide open and watch out for #PariTeaserTomorrow @parambratachattopadhyay@officialcsfilms @kriarj @pooja_ent”