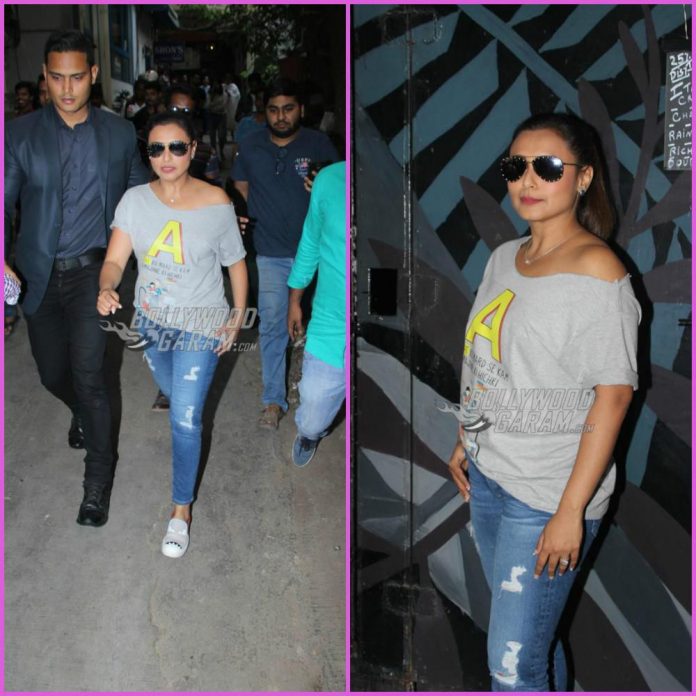 Rani Mukerji is ready to be seen in the upcoming film Hichki. While the makers of the film have postponed the release by a month, Rani continues with her promotional events. The actress looked like a diva as she appeared at a promotional event in Mumbai on February 21, 2018.

The Ghulam actress looked gorgeous in a grey dialogue t-shirt, with a pair of ripped denims, black aviators and trendy sneakers. Hichki is a story about a teacher, who suffers from the condition of Tourette syndrome and makes a great. Naina Mathur, played by Rani is given a challenge to discipline the students of slum areas. Initially, the students make fun of the side effects of her condition but then, soon Naina manages to make a relationship with her students.

Rani is not leaving any stone unturned in terms of promotions. The t-shirt that Rani wore had the words, “A – Aurat ko mard se kam samajhne ki hichki.'” Rani is ready to return to the film scenario with the film Hichki which is directed by Siddharth P Malhotra and produced by Maneesh Sharma.