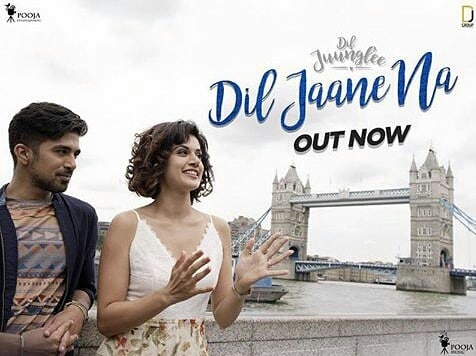 The song has been sung by Neeti Mohan and Mohit Chauhan and the video has shown a budding friendship between Saqib and Taapsee. Their antics and cute chemistry are to watch out for. The lyrics of the song have been written by Abhiruchi Chand.

Saqib and Taapsee will soon entertain the audience with their interesting chemistry on screen with the film Dil Juunglee which is directed by Aleya Sen and produced under the banner of Pooja Entertainment. Taapsee will be seen playing the role of Koroli who is the only daughter of a London based businessman who settles in Delhi but daughter Koroli is not interested in turning in to an entrepreneur but wishes to get married instead and be a mother to her future kids. Koroli works as an English teacher at the British Council in New Delhi and is happy with her job.

Saqib will be seen playing Sumit who wishes to become big in Bollywood. The story revolves around their friendship and the ups and downs in their relationship. The romantic comedy flick will be released in theatres on March 9, 2018.