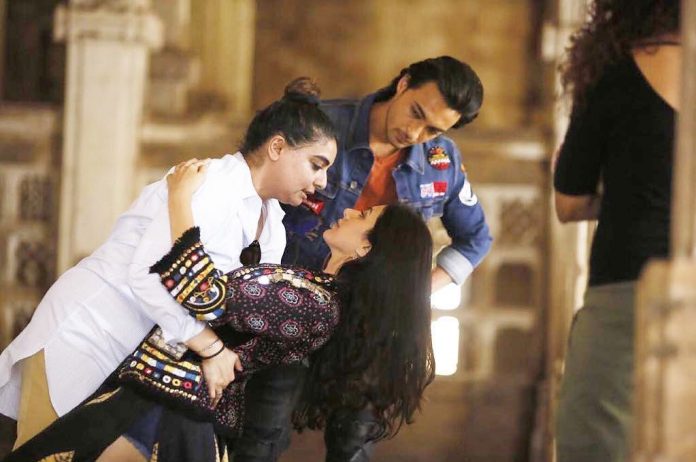 Salman Khan’s brother-in-law Aayush Sharma is all set to make his Bollywood debut with the upcoming film Loveratri. Aayush will be seen romancing pretty ad girl Warina Hussain. The debutants recently shot for their first song for the film and Sharma took his Instagram account to share a picture from the sets.

The picture has shown choreographer Vaibhavi merchant teaching moves with Warina, while Aayush looks upon like a sincere student. Aayush captioned the picture, “First Movie. First Song. Blessed to be learning the intricacies of the art from the incredible Vaibhavi ma’am. You are truly a master! @vaibhavi.merchant #loveratri.”

Aayush in an earlier interview was all praises for Salman Khan and said that he has been helpful in learning the craft and has been guiding him. The upcoming actor added that Salman has also been teaching him how to get in to the character and understand it. Loveratri is directed by Abhiraj Minawala and produced by Salma Khan.