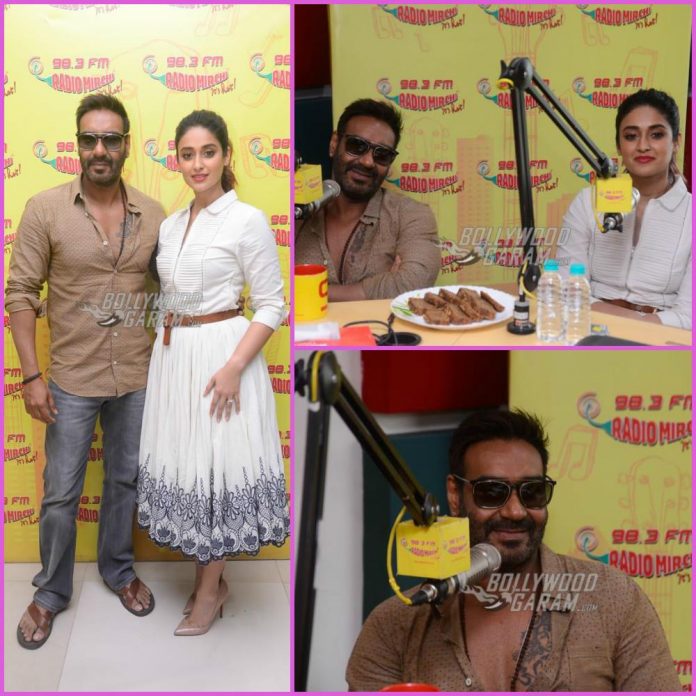 Ajay Devgn ad Ileana D’Cruz are on a promotional spree for their upcoming film Raid. The actors landed at the Radio Mirchi Studios on March 11, 2018. This is the second time Ajay and Ileana have shared the screen space after the film Baadshaho, which did an average business at the box office.

Ajay looked dapper in a casual brown shirt and a pair of denims while Ileana looked pretty in a white summer outfit. The actors were all smiles and poses for the cameras and were also seen interacting with the listeners on air.

Upcoming film Raid also stars Saurabh Shukla, who will be seen in a negative role. Ajay in the film will be seen playing the role of an income tax officer while Ileana will be seen playing his wife. The actor while talking about his role in an earlier interview said, “The character is very heroic but the struggle was that it is a real character. So we had to make a conscious effort to keep it real. Even if he has to say a punch line it should look like it is said by a real person. We have done our best to portray the character as realistically as possible, but now time will tell if the audience will like it.”

Raid is directed by Raj Kumar Gupta and is ready to be released in theatres on March 16, 2018.