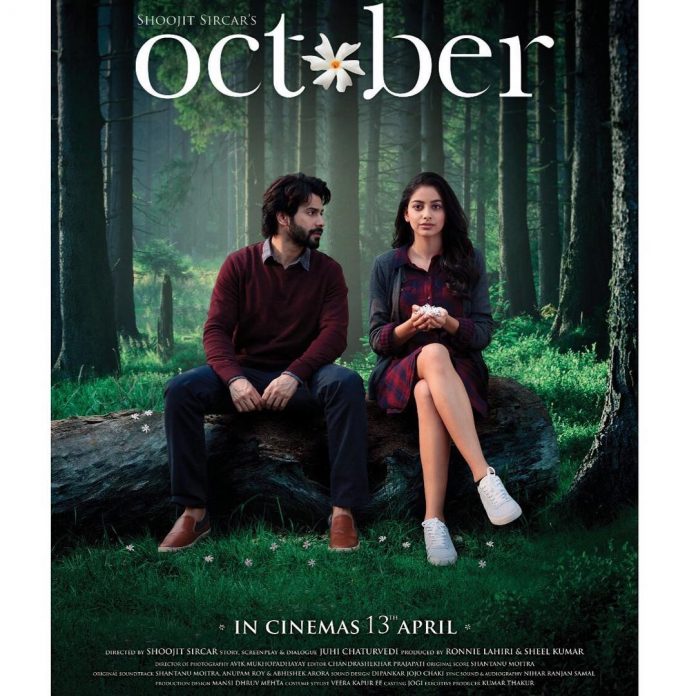 After many first looks and posters, the official trailer of the film October is out now. The film stars Varun Dhawan and debutant Banita Sandhu in lead roles. Varun will be seen playing the role of Dan who is a student of hotel management and is employed as a trainee at a five-star hotel.

Shiuli, is a fellow batch-mate played by Banita. Varun is surprised over Shiuli’s fondness towards him. The trailer then goes in to flashback that narrates the day to day happenings during college days. Suddenly Shiuli is admitted in to the ICU by friends and then Dan comes to know that she had inquired about him.

This too makes Dan curious about Shiuli’s feelings for him and slowly becomes affectionate towards him. Dan also starts making regular visits to the hospital and also tracks her home somewhere at the hills. Towards the end of the trailer Dan promises that he would never leave Shiuli alone again. The trailer was shared by Varun and wrote, “The wait ends! Here’s a glimpse of the journey of Dan, Shiuli and their story of love.”