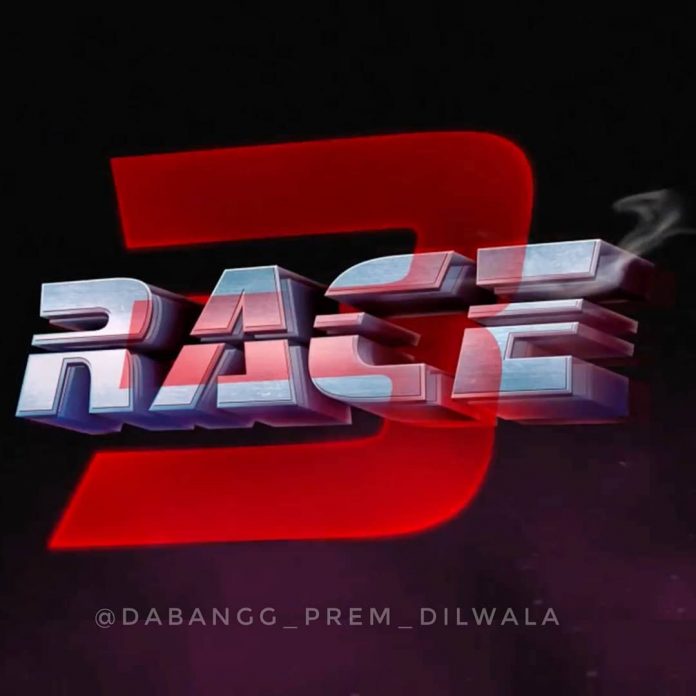 The upcoming film of the popular franchise Race is going to be exciting with the presence of Salman Khan as one of the lead roles. The makers have now released a new motion poster  of Race 3 which has the voice over of the Dabangg star.

The motion picture just has the voice which says, , “On your mark. Get set. Ready. Go”, which is followed with the signature Race tune and sounds of screeching cars. Salman also shared the motion poster on his Twitter account and wrote, “3 months to go … #Race3 #Race3ThisEid”.

The lead actors of the film Salman, Jacqueline Fernandez, Bobby Deol, Anil Kapoor, Daisy Shah and Saqib Saleem are currently shooting for the upcoming flick which is helmed by Remo D’Souza. There are reports that Sonakshi Sinha will be seen making a cameo appearance with Salman in Race 3.

The film will mark the third film in the popular Race franchise which is produced by Ramesh Taurani and Salman Khan. Even John Abraham and Saif Ali Khan who have featured in the earlier films of Race will also be seen making a cameo appearance. The audience is excited about the fact that Salman Khan is a part of the film. The film will be released in theatres on June 15, 2018.