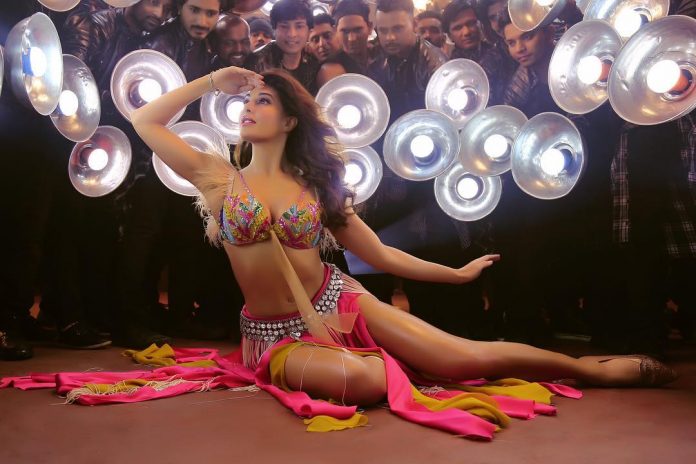 While the makers of Baaghi 2 have already created curiosity with the news of the creation of the iconic song Ek Do Teen from Tezaab, the first look of Jacqueline Fernandez from the song has been unveiled. Jacqueline will be seen shaking a leg on the recreated version of the classic song for the film Baaghi 2.

The first look was unveiled on Twitter and has shown Jacqueline look amazingly gorgeous in a similar outfit that Madhuri Dixit wore in Tezaab. The actress is also seen striking a signature pose amidst the audience and lights. Jacqueline’s look has been designed by Manish Malhotra. The actress said that she cannot wait for Madhuri to watch the song.

Jacqueline was earlier asked if she had a pressure while recreating the iconic song to which said, “I think that was my first stress that how can we recreate something so iconic like ‘is it even possible’. It made a lot easier for me when I understood that it’s not possible, we are not trying to match up to what Madhuri Dixit and Saroj (Khan) Ji did.”

Baaghi 2 is directed by Ahmed Khan and will be released in theatres on March 30, 2018. The film has Tiger Shroff and Disha Patani in lead roles.