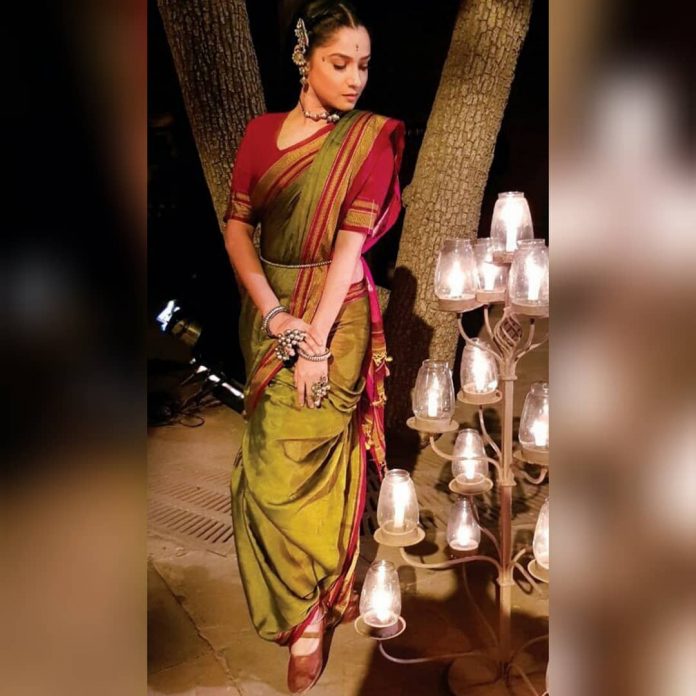 TV actress Ankita Lokhande will soon be making her Bollywood debut with the film Manikarnika – The Queen of Jhansi. Since the film was announced, the actress has often shared a few details of the film and will be seen playing the role of Jhalkari Bai. After a long wait, the first look of her from the film was unveiled.

Going by her look, Ankita surely looks gorgeous and the audience cannot wait to get their hands on the actual film. On the other hand the audience has got to see various pictures of Kangana as Rani Jhansi from the sets. Talking about Jhankari Bai, she was the one who shielded Rani Laxmi Bai and her resemblance to Rani Laxmi Bai had helped her to protect her queen whenever required.

Ankita, was earlier a popular name in the world of TV and was best known for her role in the series Pavitra Rishta which also had Sushant Singh Rajput.