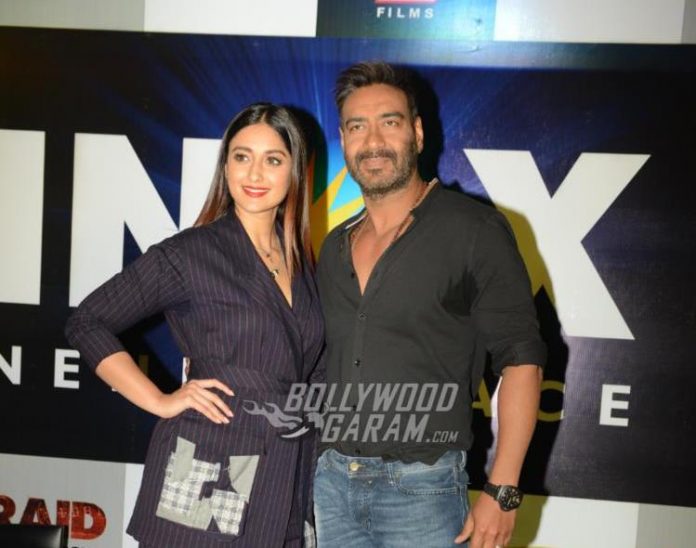 Kapil wished the star for his film Raid and Tweeted, “Thank u so much for coming to #ftwk @ajaydevgn paji n all my best wishes for #raid ”. Devgn, too had a witty tweet for the comedian and Tweeted, ” Raid unke yahan daali jaati hai, jinke income hoti hai. ab aap uske yogya hain.” (Raid is conducted on those who have an income and now you are eligible for that).

On the other hand the fans of the comedian cannot wait for Kapil Sharma to return on the small screen with his new show which is expected to be even bigger than The Kapil Sharma Show. Ajay will visit the sets with co-star Ileana D’Cruz.

Various pictures from the sets have surfaced online and have shown a glimpse of what the episode and the sets might look like. Kapil Sharma’s new show will begin after Super Dancer Chapter 2 concludes.