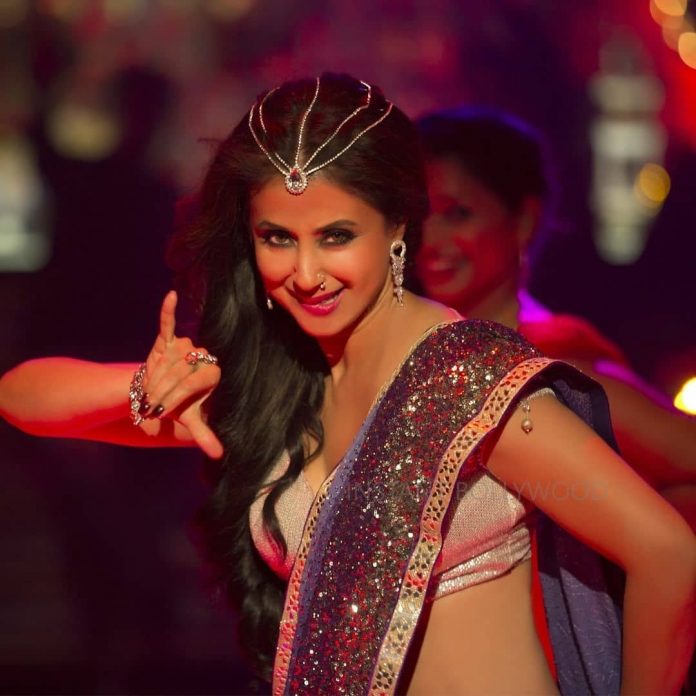 For those who missed Urmila Matondkar on the silver screens, here is some good news. The actress, who won the hearts of the audience with the film Rangeela, has featured in the song Bewafa Beauty from the film Blackmail. The makers of the film have unveiled the official video of the song which is sung by Pawni Pandey and composed by Amit Trivedi.

The lyrics of the song have been penned by Amitabh Bhattacharya. Urmila is the one who will be seen grooving to the naughty song and looks absolutely stunning and beautiful. Director of the flick Abhinay Deo revealed that initially, the film was not expected to have any songs but after s discussion with the makers, it was decided that a song can be added in the narrative.

Urmila Matondkar was roped in for the song and is all praises for the actress and added that she is the perfect choice for the song. Abhinay said, “Urmila is a massive star. She is not an item girl. We wanted a performer, someone who had a tremendous star value but hadn’t been seen on the silver screen for a while now. From all the names we came up with, I believe we picked the best. She fit the bill perfectly. She is gorgeous and incredible as a dancer. It ended up being a perfect match for the song and the film”.

The film also stars Irrfan Khan, Arunoday Singh, Divya Dutta and Kirti Kulhari and is ready to be released in theatres on April 6, 2018.