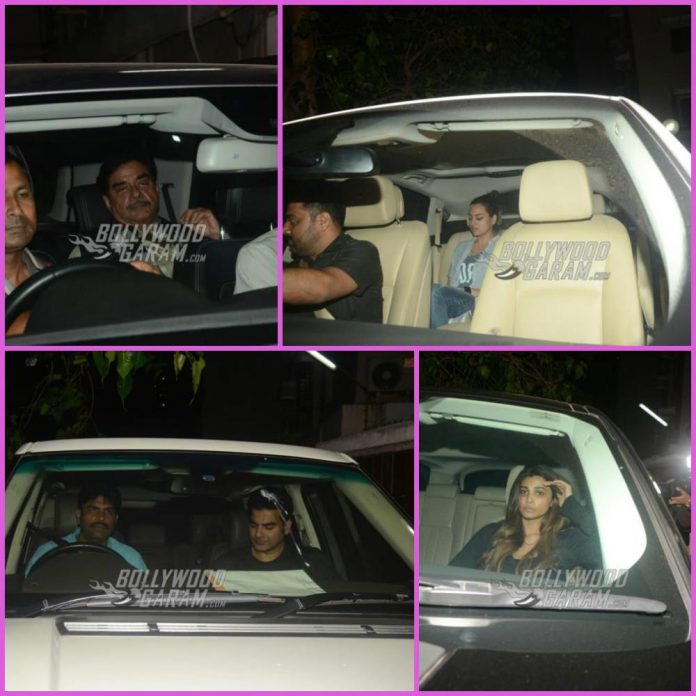 Bollywood star Salman Khan was sentenced to five years of imprisonment with a fine of Rs. 10,000 at Jodhpur in the infamous blackbuck poaching case on April 5, 2018. While Salman is accompanied by sisters Alvira Khan and Arpita Khan, celebrities from Bollywood rushed to Salman’s residence in Mumbai.

Producer Ramesh Taurani, Sonakshi Sinha, Daisy Shah, Sneha Ullal, Shatrughan Sinha, Poonam Sinha and others were snapped visiting Salman’s parents in Mumbai at their residence. The Dabangg star spent a night in jail after being convicted while the other co-accused, Sobali Bendre, Saif Ali Khan, Tabu and Neelam were acquitted.