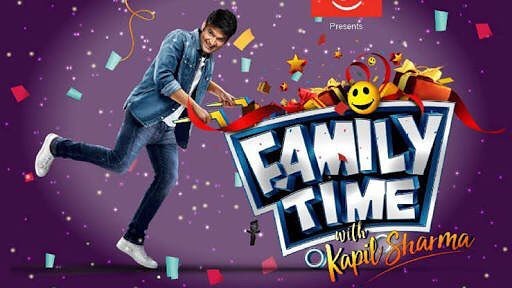 Comedian and actor Kapil Sharma returned to the small screens with his new show Family Time With Kapil Sharma. However the show started with a dull note and there are reports that the show might go off air sooner than expected. The makers of the show failed to impress the audience who were waiting for the comedian to return with his new show.

Reports from a leading daily have said that the channel is planning to wrap the show in 15 to 20 episodes if it does not receive the expected ratings. The channel wanted Kapil to host a press conference before the show went on air, but the comedian asked for some time and added that he would address the media after the completion of a few episodes.

Moreover, as soon as the first episode went on air, reports of Kapil Sharma once again cancelling shows with some of the A-listers in Bollywood started doing the rounds. The show was brought back with a new name and a new concept with actors Kiku Sharda, Chandan Prabhakar along with a new addition and off-course Navjot Singh Sidhu.

There are reports that the fans are not at all impressed by the new format. The show was slated to run for 26 episodes but according to latest reports the show will be wrapped in just 15 to 20 episodes.