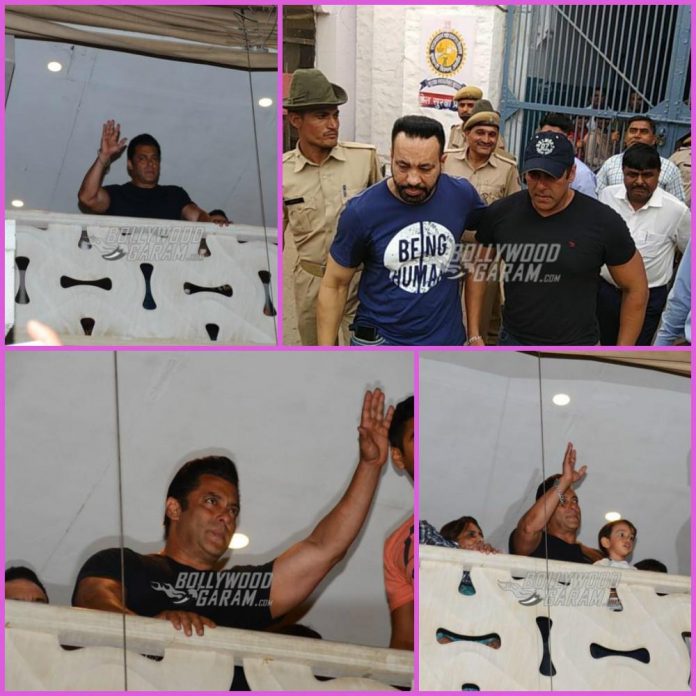 Khan returned to Mumbai soon after being released with sisters Arpita Khan and Alvira Agnihotri. The actor received a warm welcome at the airport and outside his residence where fans thronged to catch a glimpse of the star. Salman waved to the fans and media from his balcony of the Galaxy apartments in Mumbai.

The actor was visibly emotional as he waved to the fans. Salman was allowed to leave the jail premises after the bail formalities. Salman’s bodyguard Shera was seen accompanying him throughout the court procedures. The Ek Tha Tiger actor was sentenced to five years of imprisonment for his involvement in the blackbuck poaching case in 1998.

Other actors Saif Ali Khan, Sonali Bendre, Neelam and Tabu who were also involved in the case were acquitted by the court. The actors were involved in killing of two black bucks when they were shooting for the film Hum Saath Saath Hain at Kankani in Rajasthan. On the work front, Salman is expected to get back to shoot for his upcoming film Race 3, directed by Remo D’Souza, which also stars Jacqueline Fernandez, Bobby Deol and others.