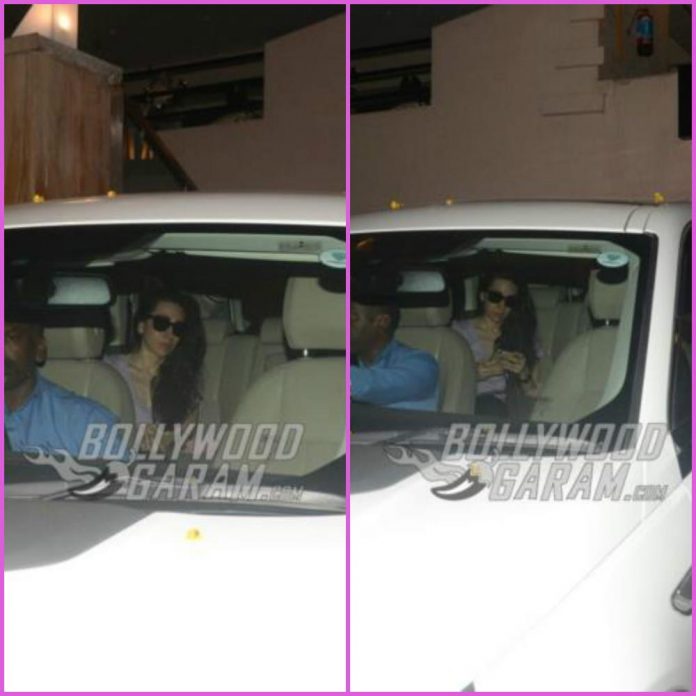 Bollywood sisters Karisma Kapoor and Kareena Kapoor are known for sharing a great bond. Kareena and Karisma are often snapped spending quality time with each other on various occasions. Elder sister Karisma was also of great support during Kareena’s maternity days. Karisma was snapped outside Kareena Kapoor’s residence in Mumbai on April 13, 2018.

The actress was snapped in her car as she drove off. Taimur Ali Khan’s mother Kareena Kapoor is these days busy shooting for her upcoming film Veere Di Wedding. The team recently shot for a special music video for the film which also features rapper Baadshah and was choreographed by Farah Khan.

The film also star Swara Bhaskar, Sonam Kapoor and Shikha Talsania. Swara had shared a candid picture of the ladies straight from the sets. The song has been tentatively named as Tareefan. Kareena has been working hard to get back in shape for her upcoming film and has lost oodles of weight.

The film is directed by Shahanka Ghosh due to be released in theatres on June 1, 2018.