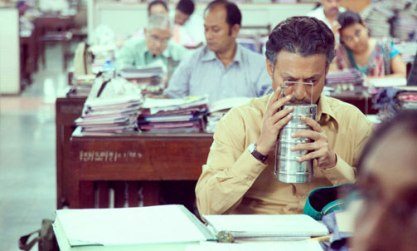 Irfan Khan starrer movie ‘Lunchbox’ premiered at the Toronto International Film Festival, after it first created a buzz at the Cannes Film Festival. Many are hoping that the new movie could be India’s representative at the Academy Awards in 2014.

For the premiere, Irfan Khan and director Rajat Batra were seen on the red carpet in Toronto. The movie is about a lunch box which is mistakenly delivered in Mumbai, where the ‘dabba’ service is very popular.

The story is about a lonely widower and an unhappy housewife who begin exchanging notes through the daily lunch box. The movie is jointly produced by Sikhya Entertainment, DAR Motion Pictures and NFDC India.